Antonio Felix da Costa has sealed a BMW DTM seat for 2014, and will be joined in the line-up by sportscar ace Maxime Martin.

"Antonio Felix da Costa really convinced us what a talented driver he is during his tests in the BMW M3 DTM, and through his previous success in single-seater racing," said Marquardt. "I am looking forward to following his development in the DTM."

Da Costa was tipped for a Scuderia Toro Rosso Formula 1 seat before that drive went to Daniil Kvyat, but he will retain an F1 role as a Red Bull reserve alongside his DTM commitments.

"It is an honour for me to drive for such a big manufacturer as BMW," da Costa said. "Switching from single-seater racing to touring cars is a new experience, but the cars are great to drive."

Martin carried out DTM testing duties for BMW this year while racing in its sportscar programmes in the American Le Mans and Blancpain Endurance Series.

"It was always my goal to use my year as test and development driver to put forward my case for a DTM seat," he said. "I am very proud to have achieved that goal."

BMW has not confirmed which of its teams da Costa and Martin will drive for, but the departures of Priaulx and Werner leaves spaces at Schnitzer and RMG.

PRIAULX AND WERNER HEAD FOR SPORTSCARS 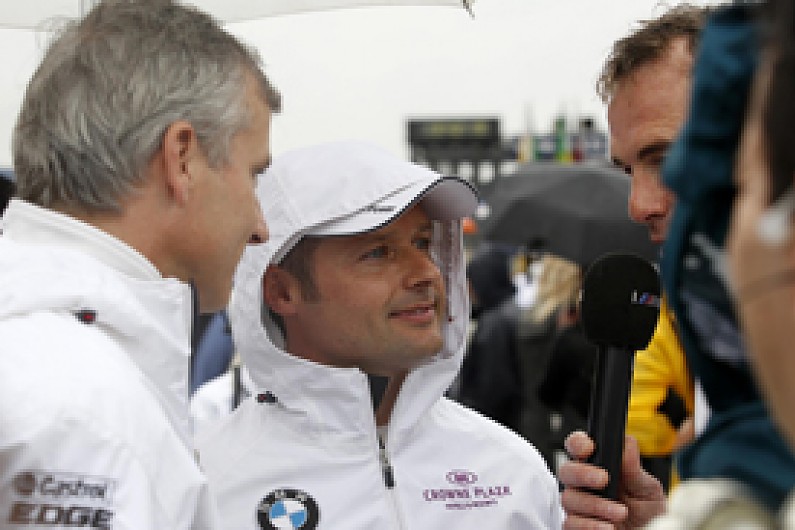 Priaulx and Werner have both had limited success in their two years with BMW in the DTM.

Werner will now have a leading role in BMW's endurance racing operations, including the Nurburgring 24 Hours, while Priaulx becomes part of the Rahal Letterman Lanigan-run BMW USCR team.

"BMW Motorsport is involved in numerous racing projects, and the boundaries between these projects are not set in stone," said Marquardt.

"Moving Andy Priaulx and Dirk Werner allows us to further upgrade our commitments in North America and on the endurance circuit.

"Both drivers will be valuable members of their new teams, thanks to their wealth of experience."