The DTM has chosen Guangzhou over Shanghai as the location for its return to China next year.

The series had already confirmed that it would race in China for the first time since 2010, but it decided against staging a third race in Shanghai as it strives to put on more of a spectacle than it did in 2004 and 2010.

"I'm delighted that we succeeded in finding the suiting area for a spectacular street circuit that will host the DTM race in September 2014," said Hans Werner Aufrecht, chairman of series promoter ITR.

"In our previous races in China we didn't deliver on the top level, and therefore it's about time for us to provide top motor racing in China."

Five-time DTM champion Bernd Schneider recently visited Guangzhou for Mercedes and has seen the plans for the circuit.

"I had a first look at the planned track and it looks impressive," said Schneider.

"With a combination of fast parts and slow corners it should be challenging for the drivers when they race there in 2014.

"I think Guangzhou is the right place for the DTM to return to China."

Race promoter Brilliant Culture Group believes that the local population in Guangzhou have a better understanding of motorsport than other areas of China.

Maggie Ip, who chairs the organisation said: "We wanted to race in Guangdong province because the people there have a good understanding of, and have developed a passion for motorsports.

"Guangdong is also close to Hong Kong, and motorsports fans there will come to Guangzhou to experience DTM." 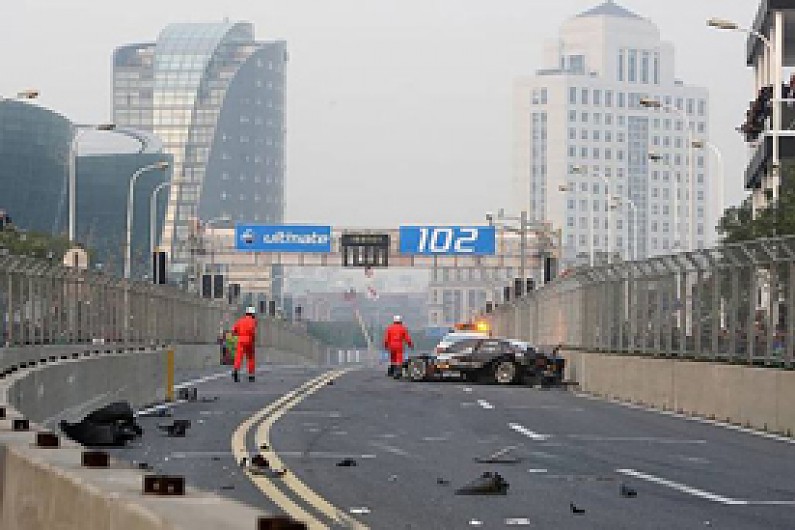 The 2014 race on the streets of Guangzhou will be DTM's third attempt at staging a race in China.

2004
Gary Paffett wins an exhibition race on the streets of Shanghai, the format of which is disrupted when a manhole cover works loose and Bernd Maylander crashes into it.

The time spent welding the manhole covers down means the format is switched from a double header to a single race.

2010
DTM hosts its first championship round in China, with a new Shanghai street layout controversially taking the season finale slot away from Hockenheim.

The weekend is problematic, with overnight modifications to the track and the pit entry required after accidents in practice and qualifying.

Amid fears of more chaos the race starts behind the safety car, and Paul di Resta seals the championship by finishing second behind Paffett.