The Dakar rally is set to leave South America to start a new era in the Middle East after signing a five-year deal with Saudi Arabia, Autosport understands

Dakar organiser Amaury Sport Organisation has run the cross country event in South America since 2009, following terrorist threats to the route in Mauritania forced the cancellation of the 2008 event - the last in Africa.

ASO declined to comment on the Saudi move when contacted by Autosport, but an announcement is expected in the coming weeks.

This year's Dakar was the first to run entirely within one country - Peru - after South American neighbours Chile, Ecuador and Bolivia failed to find agreement with ASO.

While one more South American edition was understood to be an option, continued economic uncertainty forced negotiations in the Middle East and South Africa.

"The truth is that we have the pressure to propose a project for 2020 and beyond as soon as possible," he said.

"In three or four months, if we don't know how to recover the desire [for the event], we have to change course - we cannot afford a situation like the last months."

The first year of a five-year agreement means the rally should start from Riyadh in January, providing the necessary stability for ASO. 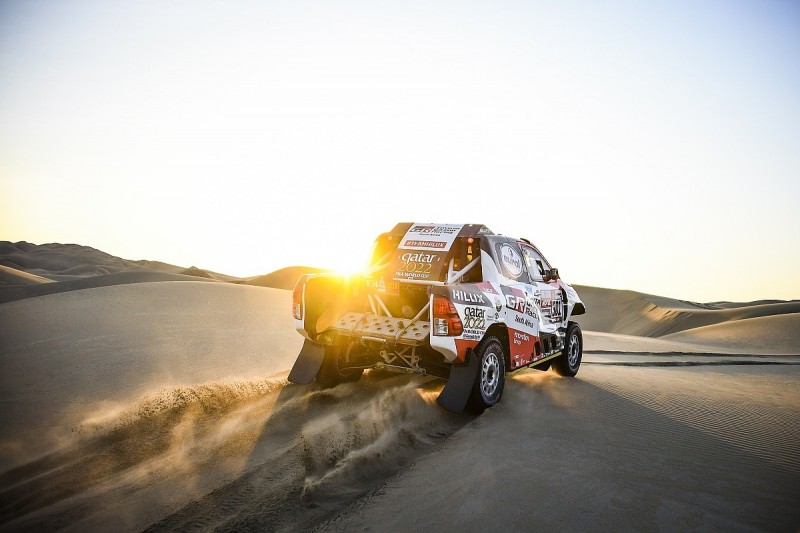 This year's Dakar winner Nasser Al-Attiyah told Autosport.com: "We are very happy to have the Dakar in our region. I can be in Saudi Arabia in 30 minutes [from his home in Qatar].

"We love South America, the people there, the incredible countries they have, but we have to respect the decisions of the organisers.

"Like when we changed from Africa to South America, we were not happy, we wanted to continue there, but we quickly adapted to South America, exactly the same thing that will happen with the Middle East, because it is a big market too."

Saudi Arabia has increased its involvement in motorsport in recent years, hosting a Formula E race before as well as hosting the FIA-backed Middle East Rally Championship which Al-Attiyah has won a joint record 14 times including for the last eight seasons.

Al-Attiyah says the plan is for the Dakar to move into different nations in the region.

"I did the Cross Country Hail Rally twice in Saudi Arabia and it's an amazing place with kind people. I'm sure the Dakar will be great in our region," he said.

"The plan seems to be a 100 per cent year in Saudi Arabia and then try to go to other countries like Oman, Jordan or Egypt."

Saudi Arabia's not short of terrain for the Dakar with 1.4 million square miles of Arabian desert to work with, along with the Asir mountain range where temperatures range from -2 to 30 degrees in January.

Why Fernando Alonso's new non-F1 challenges are getting wilder