Dakar Rally organisers have elected to shorten the sixth stage of the 2021 event by 100 kilometres (62.13 miles) and delayed its start by 90 minutes

According to a statement from officials, the decision has been made due to a "significant number" of competitors that encountered difficulties on yesterday's fifth stage.

Carlos Sainz was among the competitors to struggle during the 456-kilometre test between Riyadh and Al Qaisumah, the World Rally Championship legend likening the route so far to a "gymkhana rather than a rally".

The Al Qaisumah to Ha'il stage will now be cut from 448 to 348 kilometres.

"Due to the difficulties encountered in finishing Stage 5 by a significant number of competitors, the decision has been taken to delay the departure of the riders and crews from the bivouac in Al Qaisumah by 1 hour 30 minutes," read a statement.

"The route of the special on Stage 6 has therefore been shortened by 100 kilometres in order to make the programme less tough.

"However, the competitors will still have to tackle sand and dunes.

"Though navigational skills will again play a decisive role in the outcome of this special, the riders' and drivers' physical capacities will also be sorely tested, demanding a considerable effort from them.

"After that, they will fully deserve the rest day that will take place in Ha'il." 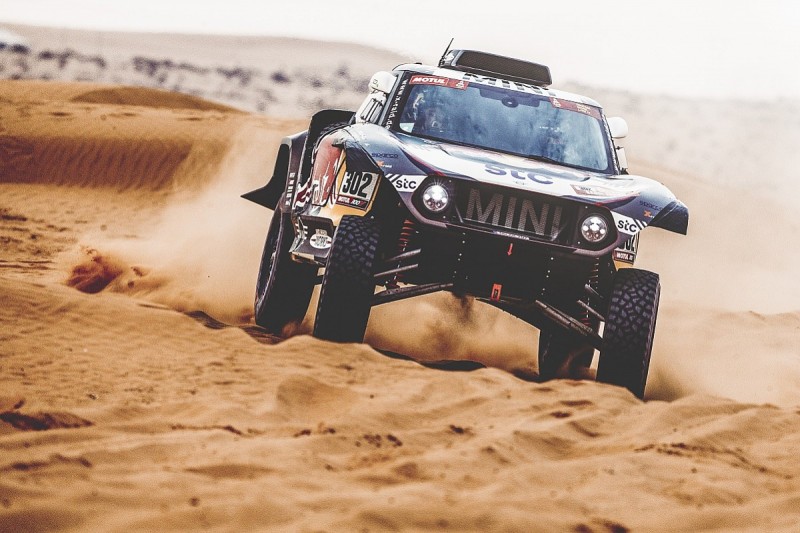 Kevin Benavides currently leads the Bikes category, while Stephane Peterhansel has a six-minute lead over Nasser Al-Attiyah in the battle for Cars honours.

Peterhansel recovered to third having ran in fifth at one point of the fifth stage in his X-raid Mini, the Frenchman trailing Century driver Brian Baragwanath.

Peterhansel beat Al-Attiyah in the stage to extend his overall lead of the rally, while Sainz remains third overall having finished ninth on Wednesday's stage.

Dakar stewards have since clarified why he was handed the penalty.