Peterhansel said his target had become 12 victories, six on a motorbike and six in a car, and he achieved that this year.

Nine-time World Rally champion Loeb contested Dakar for the first time in 2016 with Peugeot, in its all-new 2008 DKR.

Loeb and Carlos Sainz dominated the first week but struck trouble in the second, with Peterhansel ensuring Peugeot claimed its first Dakar win since 1990, the year before the now-50-year-old won Dakar on a bike for the first time.

"I really wanted that 12th win, it was really important for me," Peterhansel said.

"It was also really important for me to be the driver who won with Peugeot on its return to the Dakar.

"There's no pressure for me to win again. Now, I drive completely for the team."

Peterhansel was impressed with Loeb's speed in the first half of the Dakar, but added that experience would help him on his second attempt next year.

"He's probably the best driver in the world, he can learn very quickly.

"He made some mistakes this year, but he is really intelligent and he won't make the same mistakes again next season.

"He's in a really good team, with good team-mates: Cyril Despres, Carlos and me - he will learn from us really quickly.

"We know that Sebastien is the future of Peugeot in the Dakar.

"We will try to help him, I can drive like a shadow for him in the future, I don't mind.

"I will do everything what I can to help him win. Seb and Daniel [Elena] have the capacity to win Dakar really quickly."

Asked how much longer he would compete at the highest level of cross-country rallying, Peterhansel said: "I will definitely do next season, but will I be here in five years? No.

"I don't know how long to stay; Carlos is a couple of years older than me, but look at him this year - he was so quick!" 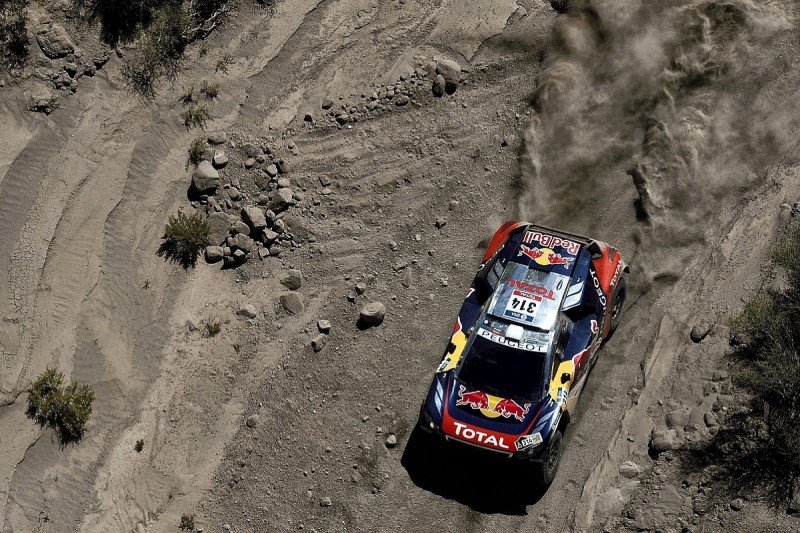