Alonso has joined Gazoo Racing South Africa for a two-day session in a desert around 600 miles from Johannesburg, near the town of Bokhara, in a 'controlled environment' of small dunes and hard gravel.

Autosport revealed in January that Toyota - which Alonso drives for in the World Endurance Championship - was set to give Alonso a run in its Dakar car this year.

The team has brought two of its Hiluxes from the 2019 Dakar to the test, along with 2009 Dakar winning driver Giniel de Villiers - who will be advising Alonso. De Villiers' regular co-driver Dennis Murphy is also on hand to help.

Prior to the test, Alonso also visited Gazoo South Africa's base.

Team manager Glyn Hall had said in January that any test would initially just be to assess whether Alonso was interested in adding the Dakar Rally to his future schedule.

"The first step would be to do a test in a controlled environment, so we both know what the possibilities are," Hall told Autosport.

"Maybe he will not like it, or maybe it's going to take too much time off his calendar to see the level of difficulty of competing in the Dakar.

"Fernando's skills are exceptional, we have seen that for the last 17 years. He has evolved to be one of the best in the world. 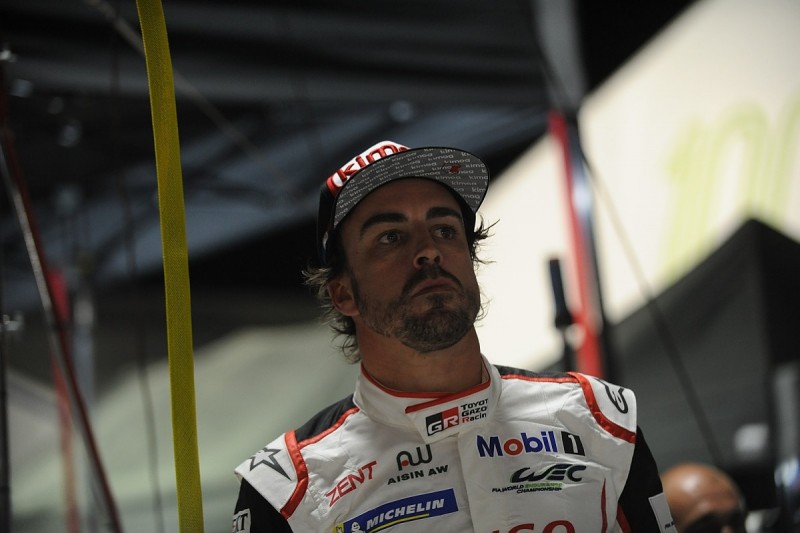 "One of the things Fernando has proved in the F1 races I've been to is that he has the ability to listen and think when he's driving on the limit and that is a skill that is key in the cross-country rallies, because you listen to a co-driver.

"But the rally is complicated and he has to think about it."

Alonso has recently explored non-circuit competition by testing a kart-cross machine on gravel with Carlos Sainz Sr and Jr during Christmas, and drove two GSeries cars on ice in Andorra earlier this month.

At present, Alonso's only confirmed commitments are his second Indianapolis 500 attempt with McLaren and Carlin's joint IndyCar effort and completing the current World Endurance Championship season with Toyota.

He recently intimated that he had turned down other offers for this year to focus on 2020 plans.

"Different categories and different teams have come to me to compete in iconic races, but I have rejected them all, it's not the right time," Alonso said when he attended the F1 test at Barcelona last month.

"The second part of the season is based, hopefully, on more preparation for the big races of 2020.

"I do not plan to add too many appointments this year, but more for next year.

"There's nothing really on the radar that I want to do, but I'm totally open to contesting more things."