© 2021 Motorsport Network. All rights reserved.
TV Tickets Fashion Giorgio Piola Jobs
Previous / Why Fernando Alonso's new non-F1 challenges are getting wilder Next / The route for the 2020 Dakar Rally in Saudi Arabia has been revealed
Dakar News

The Dakar Rally has confirmed that the 2020 edition will take place in Saudi Arabia, as previously reported by Autosport

Event organiser ASO confirmed the move on Monday and officially marking the end of the rally's South American era, which began in 2009 after a move away from Africa.

The agreement with the Saudi authorities is believed to be for five years and brings much-needed financial respite to the ASO.

The ASO had to hastily assemble a 2019 route situated entirely in Peru after the late withdrawal of both Bolivia and Chile in the first instance of the Dakar running entirely within one country.

David Castera, who assumed the responsibility of Dakar rally director in March, said: "It is a real pleasure to have to create a race in such monumental geography and proper one to the most daring routes.

"There is a great variety to choose from. The sport, the navigation, surpassing oneself, will obviously be magnified in these territories made for rally raids."

Saudi Arabia can offer 1.4 million square miles of desert for the Dakar route. 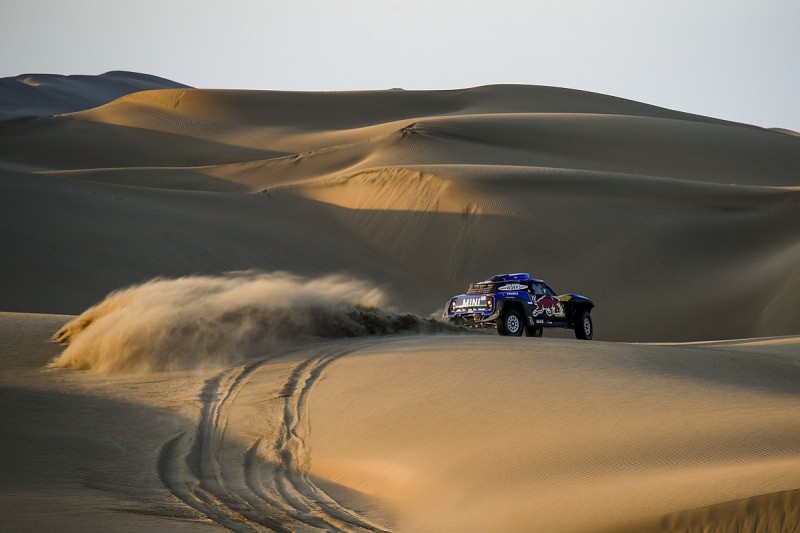 Prince Khalid Bin Sultan Abdullah Al Faisal, president of the Motor Federation of Saudi Arabia, added: "I have always wanted to participate in the Dakar, and since I did not have the opportunity to fulfil this ambition, I am now involved in the realisation of a dream even greater: to have the Dakar in the Middle East for the first time.

"The vision and support of His Highness Prince Muhammad Bin Salman and the confidence of the President of the General Sports Authority, Abdul Aziz Bin Al Turki Al Faisal, were the keys that allowed us to obtain the rights to organise an event of such magnitude.

"We promise new challenges to competitors by drawing scenarios in the majestic and mysterious desert of Rub al-Khali. The diversity of terrain and the natural environment of the country will lead competitors to live a unique experience".

The ASO will reveal more details of the 2020 Dakar Rally on April 25 in Al-Qiddiya.

Al-Qiddiya is near the Saudi capital of Riyadh - which hosted the 2018/19 ABB FIA Formula E season opener.

Why Fernando Alonso's new non-F1 challenges are getting wilder