Dakar Rally could expand beyond Saudi Arabia for 2021 edition

The Dakar Rally hopes to expand the event beyond Saudi Arabia and into other countries for 2021, according to the event's director David Castera

In April it was confirmed that the 2020 edition of the Dakar will take place in Saudi Arabia after a five-year deal was signed and began a move that takes it away from South America for the first time since '07.

It will also make it the second year in a row that the Dakar has taken place within a single country, with 2019's rally based entirely within Peru after Bolivia pulled out of co-hosting and Chile decided against a return.

Castera says the rally's organisers, the ASO, are already looking into which other countries could join the route in 2021.

Jordan - which borders Saudi Arabia to the northwest - is considered the main contender although Egypt is another possibility.

"[The agreement with Saudi Arabia] is five years, but in the second [year] it will open to other countries," Castera told selected media that included Autosport.

"Only the first year will it be held 100% in Saudi Arabia and then we will evaluate other countries too.

"For example, there is Jordan. I've been talking with their representatives these days and they've asked me to go there. 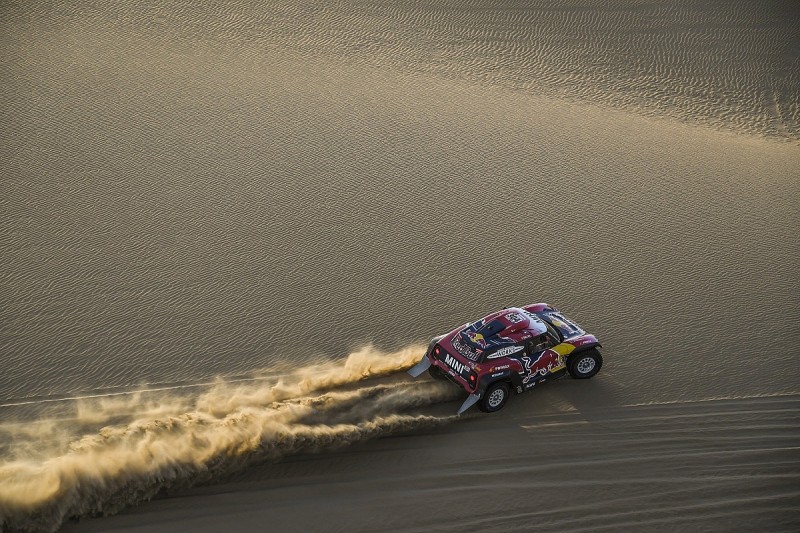 "In other words, there are countries that want to enter and we have the opportunity to do so. Egypt is very close [to Saudi Arabia].

"It is true that it is not so simple, but it is clear that there are other countries that can enter".

Hosting stages in Egypt would involve the Dakar crossing the Gulf of Aqaba to reach the Sinai region, or crossing the Red Sea to the south.

Egypt previously hosted the rally in 2000, when it began in Dakar and ended in Cairo, and in 2003, when Sharm el-Sheikh temporarily replaced Dakar as the event's finishing point.