The presentation of the 2019 Dakar Rally route, scheduled for Monday, was postponed by organiser ASO after the last-minute withdrawal of Chile from the event

Initial plans for the 41st edition of the Dakar included a new country - Ecuador - in a route that would cross the South American continent from south to north, incorporating Chile and Peru.

But Chile suddenly announced on Sunday that it will not be on the route of the 2019 Dakar because of its "economic situation".

"Next year we will not be in the Dakar, hoping to return in 2020 with all the protection to our cultural heritage and environment," stated Chile's Minister of Sport Pauline Kantor.

That forced the Dakar to cancel the presentation of the route that had been planned for Monday and a conference for press and competitors in Barcelona on Tuesday evening.

Conversations between ASO and various Latin American governments started in January after the end of the 2018 rally, with some preliminary talks having kicked off even earlier.

But the first setback was the decision of Marc Coma, sporting director for the last three editions, at the beginning of February not to continue in his position to undertake "personal projects" instead.

ASO had to start the search for a new sporting director while also carrying out negotiations with the possible host countries, and the role still remains unfilled.

Dakar confirmed on social media that Peru will continue to be part of the event, although negotiations were delayed by the resignation of president Pedro Pablo Kuczynski at the end of March over a corruption scandal.

Peru is currently the only country officially confirmed for 2019. 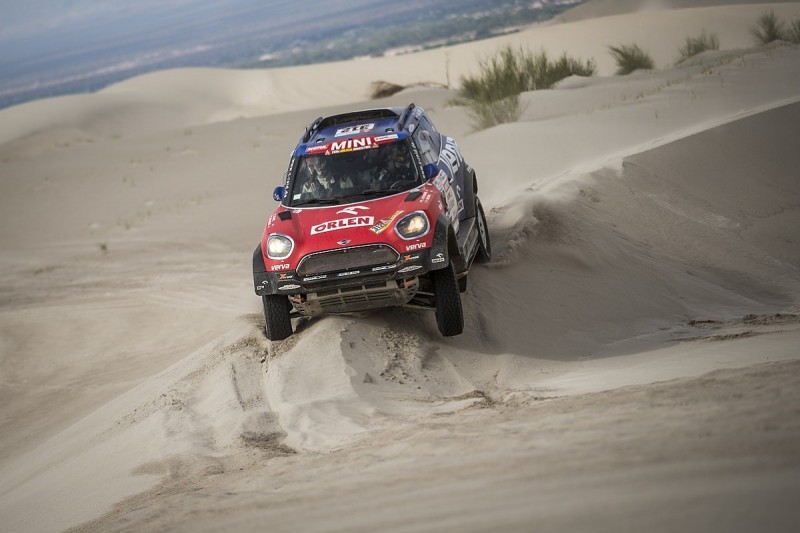 Dakar organisers' desire to return to Chile had been made clear by race director Etienne Lavigne during this year's edition.

"We have invited Chileans from the new government to the Peruvian stages and also from Ecuador," he told Autosport during the event. "We have contacts with the future leaders of the government of Chile.

"If we have Peru and Chile we can start to build a 2019 story and see how we can put things together.

"I would very much like to set up a start for the first time in Santiago and, if possible, a first stage in Valparaiso [a coastal city close to Santiago]."

The new Chilean government elected in November did not take office until March 11, which delayed talks, and then made Sunday's announcement against expectations.

This is the first time since 2009, the first year Dakar moved to South America, that organisers have failed to confirm the route for the following year's event by the end of April.

Bolivia, Argentina and Ecuador all remain possible countries along with the already-confirmed Peru for the 2019 route.