Nasser Al-Attiyah has opened up his Dakar Rally lead to over 18 minutes, while Sebastien Loeb fought back from a nightmare start to the event to win stage 4.

Dakar legend Stephane Peterhansel led across the opening 282km of Wednesday’s 425km special stage running, finding better speed and rhythm with his Audi RS Q e-tron E2 over the sand and dune terrain after heavy rain on Tuesday, but he was reeled in by Loeb over the gravel and rocky landscape that ended the stage.

The nine-time World Rally champion officially took the lead on the stage at the 327km waypoint, which the Bahrain Raid Xtreme driver held on to at the finish by just 13 seconds from Peterhansel. It marks Loeb’s 17th career Dakar Rally stage win and his first at the 2023 event.

However, Loeb still remains far from the overall leaders after suffering three punctures and losing well over an hour on the second stage, as Al-Attiyah consolidated his early advantage with a solid run to fourth place on the stage, just behind Carlos Sainz Sr.

It means the defending Dakar Rally champion was able to add almost five minutes on to his overall lead against nearest challenger Yazeed Al-Rajhi, who finished the stage in fifth, to see his lead balloon to 18m18s at the end of stage 4.

Even though he missed out on the stage victory, Peterhansel’s pace was enough to close up to Al-Rajhi, with the French driver in third overall but just 34s behind the Overdrive-run Toyota Hilux driver. 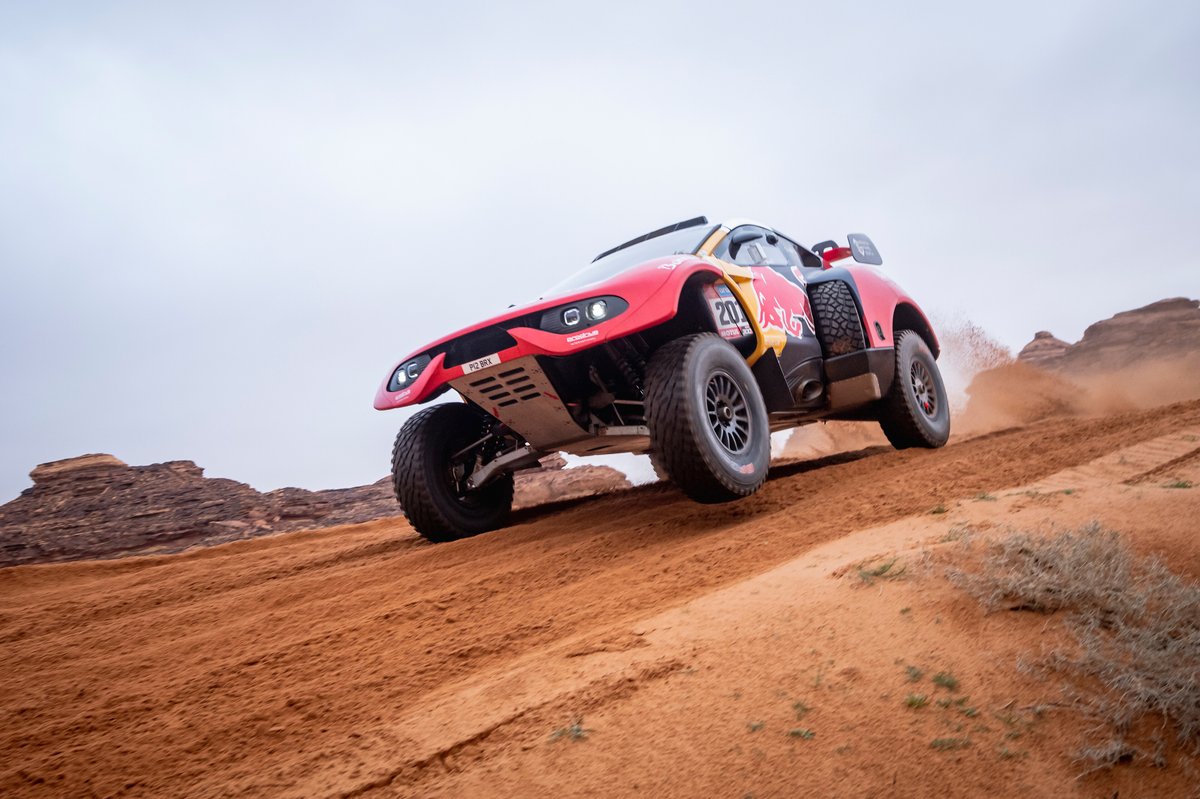 Sainz’s all-out attack has pushed him back up the leaderboard into fourth, albeit over half an hour off leader Al-Attiyah following the Audi driver’s mechanical woes and punctures on yesterday’s stage.

Toyota’s Henk Lategan is up to fifth overall after a tough day for car rookie Simon Vitse, as the MD Rally driver dropped out of the top 10.

Fellow rookie Lucas Moraes duly profited to move into sixth place for Overdrive, just two seconds behind Lategan and sandwiched between another Toyota driver in Giniel de Villiers in seventh.

Mattias Ekstrom, still feeling the effect of a 15-minute penalty for missing a waypoint on the first stage, is exactly 50 minutes off the leaders in eighth place for Audi.

Orlen Benzina’s Martin Prokop and Overdrive’s Erik van Loon round out the top 10 on the overall classification, both over an hour off the leaders.