Carlos Sainz Sr says that the mechanical woes he endured on the third stage of the Dakar Rally that cost him his lead were like watching “a film to keep you awake at night”.

The Spaniard, who is bidding for his fourth victory in the Rally-Raid classic, lost a huge amount of time to his rivals after he was forced to stop twice for problems with his Audi RS Q e-tron E2.

He started the 467km special between Alula and Ha'il with an advantage of 2m12s over reigning champion Nasser Al-Attiyah of Toyota, with both drivers having scored one stage win apiece during the opening two days of action in Saudi Arabia.

But Sainz was first forced to stop at kilometre 213 due to a breakage in the hybrid machine’s left-rear corner.

Explaining what had happened to a small group of media, including Autosport, he said: “The stage started well, because I caught [Erik] Van Loon, I was catching Nasser and he stopped with a puncture and we passed him.

“I was going really well, with a good pace, but suddenly, on a right-hand corner, I felt something strange in the rear suspension.

"A ball joint broke. We don't understand why it has broken, they are strong ball joints, which have never given problems.

“We had [a spare] in the car and we stopped to change it. Neither Lucas [Cruz, his co-driver] nor I are happy with how we did the job, because it could have been done quicker.”

Having lost 30 minutes, a further 20-minute delay was to follow, with a puncture repair going disastrously wrong – forcing Sainz to wait for Audi teammate Mattias Ekstrom to help.

“I kept going, attacking hard, but we had a flat tyre,” he said. “And we had a problem with the jack, also our mistake, it wouldn't go up, and we had to lift the car with some rocks to change the tyre. 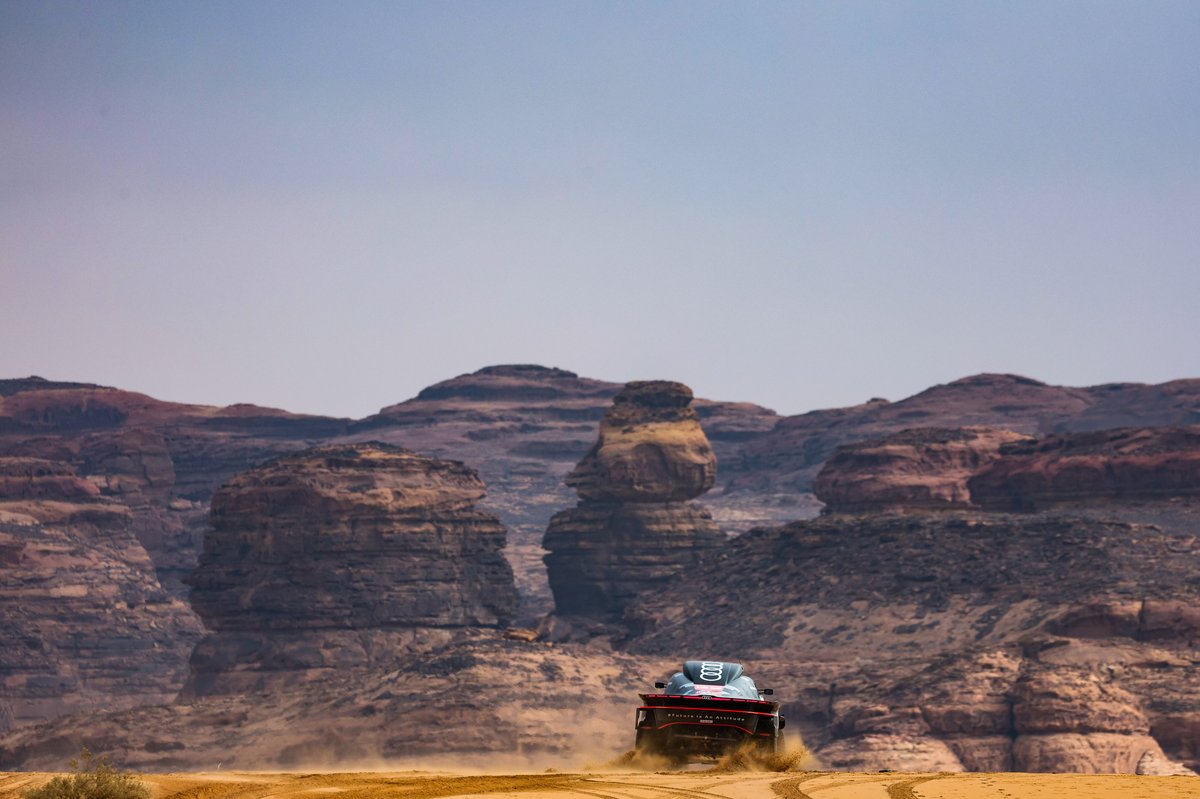 “When we did that, we punctured the other one, and in the repair process one of the screws was screwed in, and when we went to remove the wheel of the second puncture there was a screw that we couldn't remove.

“We also broke the wheel spanner, and we had to wait for Ekstrom to change it. It was a film to keep us awake at night.”

Sainz is now more than half an hour behind leader Al-Attiyah, who also had a difficult day and finished outside the top 10 on the stage.

Stephane Peterhansel is the top Audi driver in the standings in third – albeit 20mins off the top spot. Sainz has a 33m11s deficit to make up in the remaining 11 stages of the marathon.

“We're still here,” added Sainz. “With a clearer strategy, to go on the attack and try to recover.

“Half an hour in a Dakar is a lot, but in the end we are seeing a Dakar where a lot of things happen, and if that's the trend, let's hope that they don't happen to us anymore and that it happens to those at the front.

Friday favourite: A misunderstood WRC rivalry which forged a friendship