Toyota’s Nasser Al-Attiyah has lashed out at the decision by Dakar Rally organisers to increase the power output of his Audi rivals ahead of Stage 5, accusing them on social media of “killing the race early”.

The FIA World Rally-Raid Championship’s Committee announced an immediate change in the Balance of Performance to give cars in the T1.U class for prototype cars using renewable energies – which includes Audi’s RS Q e-tron E2 – an extra 8kW, which is believed to be worth 11bhp.

A statement read: “Following the data analysis of the vehicles entered in the T1.U and T1+ categories on the first three stages of the Dakar Rally 2023, the W2RC Committee has decided, in accordance with Article V1 13.3 of the regulations, to increase the maximum power of the T1.U cars.

After having analysed the data of the vehicles in the T1.U and T1+ categories on the first three stages of the Dakar Rally 2023, the W2RC Committee has decided, in accordance with Article V1 13.3 of the regulations, to increase the maximum power of the T1.U cars.”

Audi’s Carlos Sainz Sr welcomed the decision – saying he was “happy about the measure” – after complaining before the event about a 100kg weight penalty being added to the renewable energy class’s cars.

Sainz, speaking to a group of media including Autosport, said: “They can measure it and see it. And so much that the Audi was running [at an advantage], it turns out it wasn't running so much. Welcome to that.

“They have all the data to measure what accelerates one car and another, and I imagine that if they give us 8kW, which is 11 horsepower, then they will have seen that we are missing something.

“I have always said that I don't want to carry more power, what I want is for the cars to be equal – the power and the weight.” 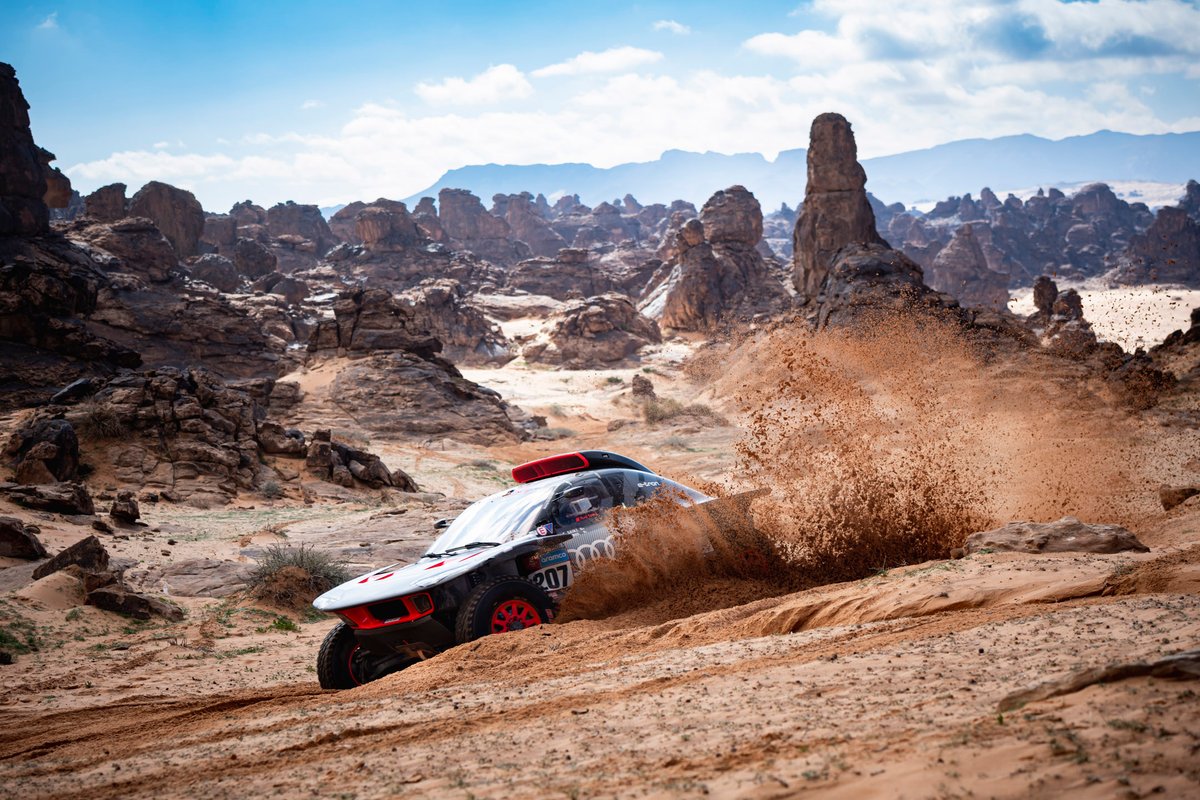 Al-Attiyah was outraged by the measure, however, and appeared to accuse the organisation of favouritism on his social network channels.

“What a surprise to give our main rival 11 HP more!!!” he posted on Instagram with a photo of the FIA W2RC statement. “Thank you for killing the race early.”

Al-Attiyah has opened up his Dakar Rally lead to over 18 minutes, while Sainz is 32m55s behind after a disastrous Stage 3 in fourth overall.

Stephane Peterhansel is the best-placed Audi in third, 18m52s behind reigning champion Al-Attiyah.