Peugeot dominated this year's Dakar, winning all but three of the 12 stages and taking victory by more than half an hour with Stephane Peterhansel.

While the works team will run the updated 3008 DKR in 2017, French privateer team PH Sport recently purchased Peugeot's stock of 2008 DKRs with an eye to running customers on Dakar and other cross-country rallies.

Hunt, who finished 10th on his Dakar debut in an X-raid Mini this year, has become the first driver to secure a PH Peugeot for the famous event.

He will make his debut in the car on next week's Morocco Rally, joined by Citroen World Rally Championship driver Khalid Al Qassimi (livery pictured below). 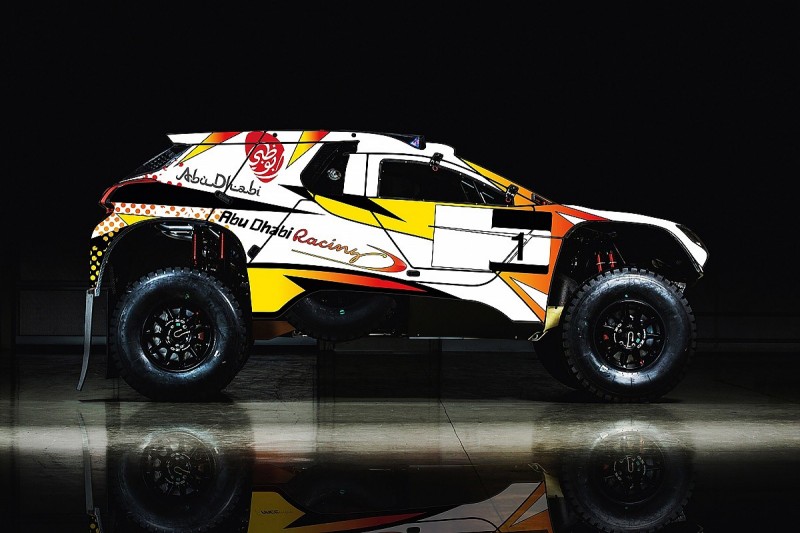 "I'm really looking forward to racing again and getting to grips with the Peugeot for the first time," said Hunt, who will have to adjust from the four-wheel-drive Mini to the buggy-style rear-drive Peugeot.

"I've got a big challenge ahead of me, so my only objective is to reach the finish and try to learn the car a bit.

"It's actually only the first time that I'm repeating an event I've done before, so it will help me a little bit to know what's coming."

Hunt will again by co-driven by Andy Schulz, who won the 2001 and '03 Dakars with Mitsubishi alongside Jutta Kleinschmidt and Hiroshi Masuoka.

"His experience is going to be absolutely vital, particularly as we've both got a lot of learning to do over the next few weeks," said 28-year-old Hunt of Schulz.