BMW Motorsport director Jens Marquardt confirmed the move on Tuesday morning as part of a raft of announcements from Munich, including a return to Le Mans and the World Endurance Championship and details of its Formula E tie-up with the Andretti team.

Marquardt said: "We will also be ramping up our support of Mini's Dakar rally project in the future.

"All in all, the BMW Group's motorsport programme is virtually unique in terms of its scope and diversity."

Speaking about the multi-year support for the Dakar programme, Quandt told Autosport: "The news of the increased cooperation with BMW is very, very good for us.

"It's something we have been working on for some months now and in practical terms, it simply means even closer working with BMW Motorsport and other BMW departments.

"It's also really important that this is not something for one year - it's for longer than that.

"And there's no question that we are in this to be winning." 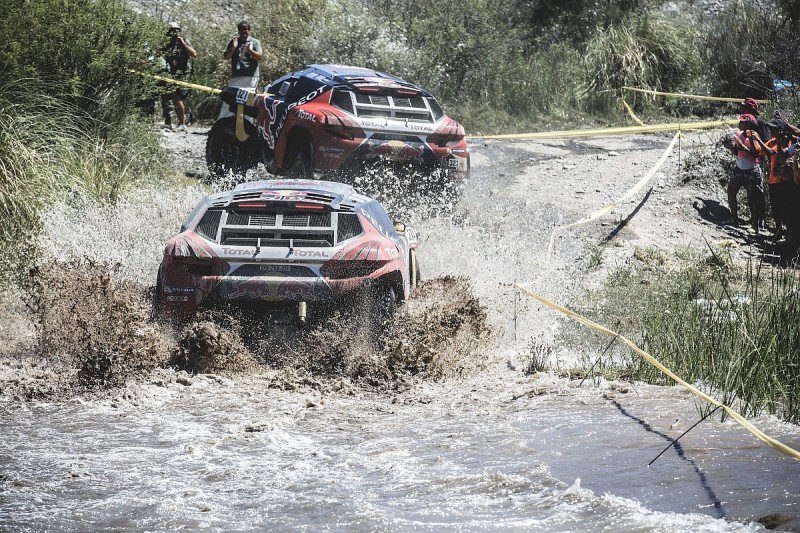 Despite the news from BMW and a significant overhaul of the current Mini, Quandt says Peugeot will still start next January's Dakar as favourites.

"We will have lots of technical changes to the car for Dakar and these won't be small changes, we have a lot of work to the car coming," he added.

"But I confirm, we will race in Dakar in January with a four-wheel drive car.

"We go to Dakar as the hunters rather than the hunted and I'm happy with this situation.

"For four years, we were expected to keep winning and now we are chasing the others."

Quandt said he wasn't surprised at the pace the Peugeots had shown, but he felt the French firm had exploited some of the regulations.

"As soon as I heard about this project, I warned the FIA - I knew what would happen, I knew what the performance would be like.

"This was a mistake of the regulation. The power from the Peugeot will be brought down slightly with a 38mm restrictor, but still the balance of power remains [with Peugeot].

"I was surprised about the Peugeot this year, it was really good on the rally roads, but off-road, I was more surprised that it was not crazy good which is where it should have been faster."