Ahead of the 2023 Dakar Rally, defending champion Nasser Al-Attiyah has dismissed Carlos Sainz Sr's claims Audi has been penalised by organisers, saying he "complains about a lot of things".

After making a stage-winning debut last year, Audi’s hybrid-electric RS Q e-tron E2 will be at least 100kg heavier than its direct rivals in Saudi Arabia.

Event organiser ASO revised the technical regulations for this edition of the Dakar, which starts on Saturday, with the minimum weight of hybrid or electric cars entered in the T1U division increased from 2000kg to 2100kg.

No such change has been made to petrol-powered cars that dominate the T1+ category and fight with T1U vehicles for overall wins, with their minimum weight remaining at 2000kg.

In response, Sainz complained that “when we reach the end of the stage we will be 100kg overweight” – as the internal combustion-powered rivals will have burned through their fuel load, but Toyota driver Al-Attiyah dismissed his theory.

Speaking to the media, including Autosport, he said: “Say hello to Carlos for me. Carlos always tries to complain about a lot of things, but I think Audi, Toyota and BRX will be the same, maybe with a little bit of electrical or power differences.

“Toyota has the gears, and in every change you lose a second. But it's similar, and it's good to have the new electric generation.” 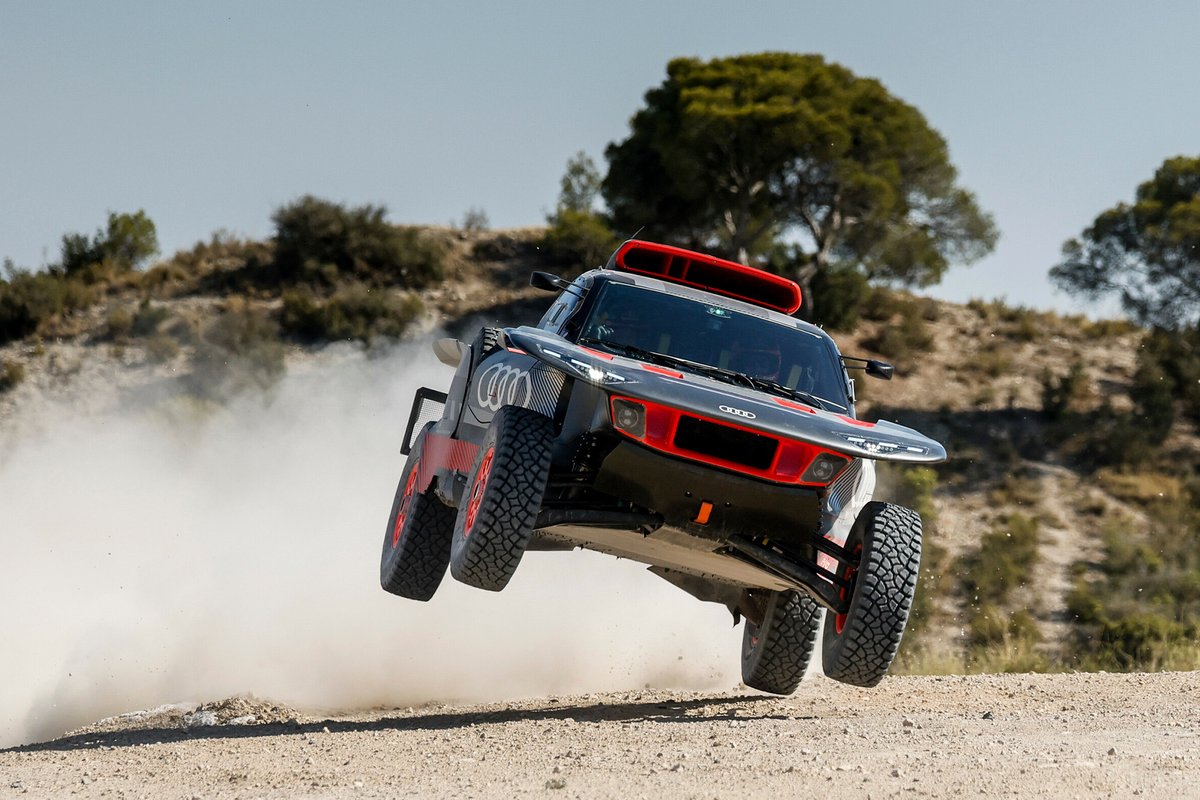 Al-Attiyah said that a power reduction since last year will play a part in equalising the field and doesn’t believe the Audi has been penalised too much.

“The Audi's performance is very high, and we have lost 40bhp,” he said.

“The power is not like the last Dakar, but it is for everyone. It looks like we all have the same, but we'll see, I think up front it will be the skills of the driver and co-driver that will matter.”

When asked who he expected to be his main rival this year, Al-Attiyah pointed to Bahrain Raid Xtreme’s Sebastien Loeb.

“For me, the biggest rival will be Loeb, not Audi, because Seb finished second in 2022, he won in Morocco and Andalusia,” he said.

“We are here at the 2023 Dakar to defend the title with our new car. I tested in Southern Africa, in Namibia, for four days, and yesterday we tested [here] and today also. It's a new car, although it's similar to the one from the last Dakar.

“The first [days] won't be easy for navigation, it will be similar to last year, but it's not easy. The second week of the Dakar is a new place for everyone, so it will be interesting.”