Carlos Sainz Sr says Audi has been “brave” with its revised RS Q e-tron E2 for the 2023 Dakar Rally, which starts in Saudi Arabia on 31 December.

Audi held a presentation in Madrid on Tuesday ahead of Sainz and co-driver Lucas Cruz embarking on an 11th Dakar Rally together.

Its RS Q e-tron E2 is an evolution of the car that Sainz drove to stage wins last year, but he was thwarted in his bid for overall honours due to navigational issues.

Insight: How Audi took the Dakar by storm with its hybrid game-changer

Audi has improved the aerodynamics and reduced the car’s weight by up to 90 kilograms, although it will carry a somewhat controversial weight penalty due to its hybrid powertrain.

“Honestly, I don't think the courage they have had in putting a car like this in a race as complicated as the Dakar is appreciated.

“We are not talking about doing laps in a circuit, we are talking about the Dakar. If it is already complicated for normal mechanics, for this type of [hybrid] vehicle is like science fiction.”

Sainz also voiced his dismay that Dakar organisers, the ASO, have revised the technical regulations so the minimum weight of hybrid or electric cars entered in the T1U division increased from 2000kg to 2100kg. No such change has been made to petrol-powered cars that dominate the T1+ category, and fight with T1U vehicles for overall wins, with their minimum weight remaining at 2,000kg.

“There was talk of Audi having an advantage, but I want equality,” he said.

“It can't be that they put more weight – although it's not worth complaining as the BoP [Balance of Performance] is always difficult [to balance].” 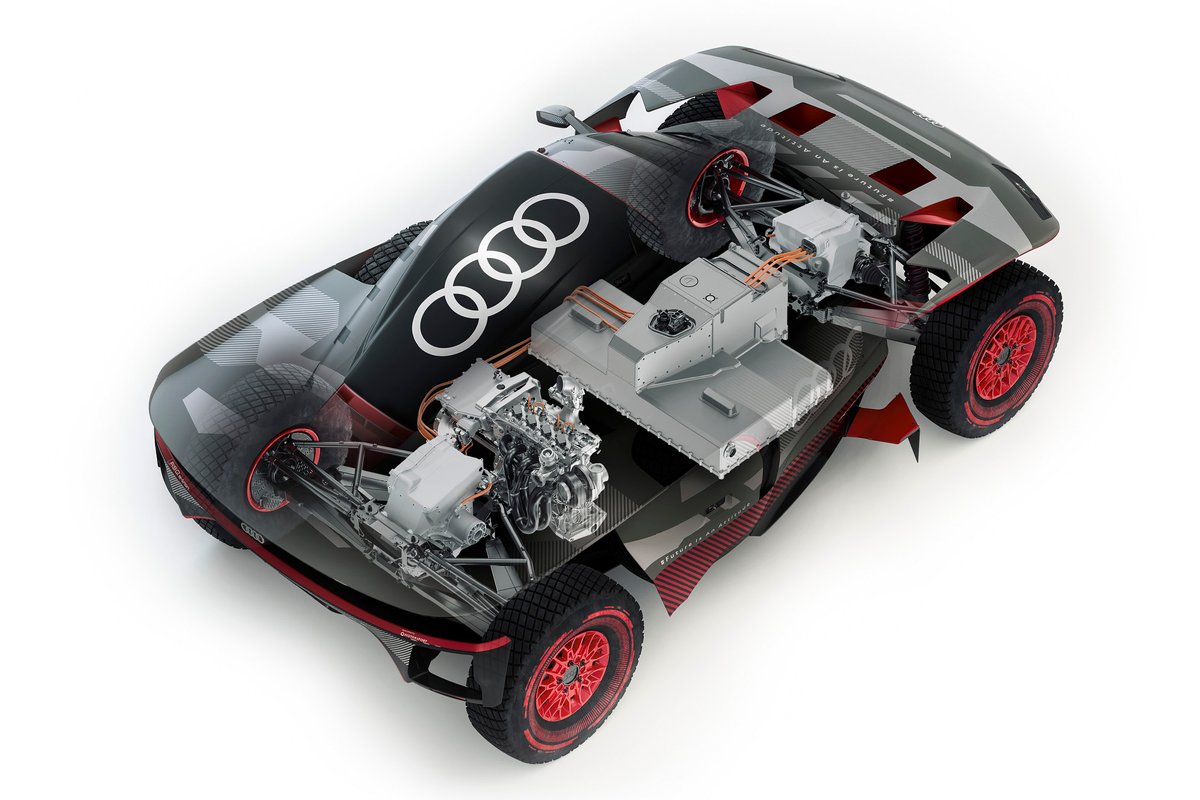 Explaining the updates on the car, as he bids to become the event’s first winner in an electrified car, he added: “The car is a copy and paste, in the good sense of the words, with respect to last year. The big difference is 90 kilos less weight, but by regulation we will carry 100kg more because we are the only hybrid car.

“Last year, all the cars weighed the same, had the same power, suspension travel, but the hybrids and electrics have gained 100 kilos. In any case, it would have cost us a lot to lower that, and it's hard to understand how the regulations do it with a car like this.

“We are talking about a very, very complex vehicle, with four engines, an array of sensors, with a high-voltage part where, if something happens, you can't even get close [to touching it] – it’s a very complex car.

“It has centre differentials, the two axles are separated, the front is not connected to the rear. One of the differentials is virtual, and all this gives a number of tuning possibilities.

“For example, we hardly use the brakes because it's the engine brake that recharges. The work that has been done is a brutal technological challenge, and that makes it special.”

Al-Attiyah expects Alonso to return to Dakar in the future

Friday favourite: A misunderstood WRC rivalry which forged a friendship