Audi drew first blood in the 2023 Dakar Rally as Mattias Ekstrom topped the timings in Saturday’s Prologue, while reigning champion Nasser Al-Attiyah could only finish fourth for Toyota.

The 45th edition of Dakar kicked off on New Year’s Eve with a short 13km timed run on the shores of Red Sea in Saudi Arabia, with the entire section designed around the Sea Camp that also serves as the first bivouac of the rally.

Although there was little opportunity to gain time on rivals, the Prologue was fairly significant as it helps determine the starting order for the first stage proper on Sunday - with the top 10 finishers getting the chance to pick their preferred starting positions.

As the action came to a close, it was two-time DTM champion Ekstrom who ended the day on top, completing the timed loop in exactly eight minutes in the vastly-improved Audi RS Q e-tron E2.

Ekstrom was the last among the three factory Audi drivers to cross the finish line and was able to overhaul not only his more experienced team-mates Carlos Sainz Sr and Stephane Peterhansel but also early leader Sebastien Loeb, snatching the top spot from the Bahrain Raid Xtreme star by just one second.

Nine-time WRC champion Loeb was able to hold on to second position in his Prodrive-built Hunter, as he continues his quest for a maiden Dakar triumph having finished runner-up twice before in six attempts.

Dakar legend Peterhansel made it two Audi drivers in the top three with a time that was 11 seconds off Ekstrom, while pre-rally favourite Al-Attiyah had to settle for fourth in his Toyota Hilux.

The Qatari driver and 2022 event winner was the first out of the blocks but ended up 12 seconds off Ekstrom's pace.

Guerlain Chicherit put in an impressive performance to finish fifth-fastest for his GCK Motorsport team, which has switched to the same Prodrive-built Hunter contender as the Bahrain team in 2023. 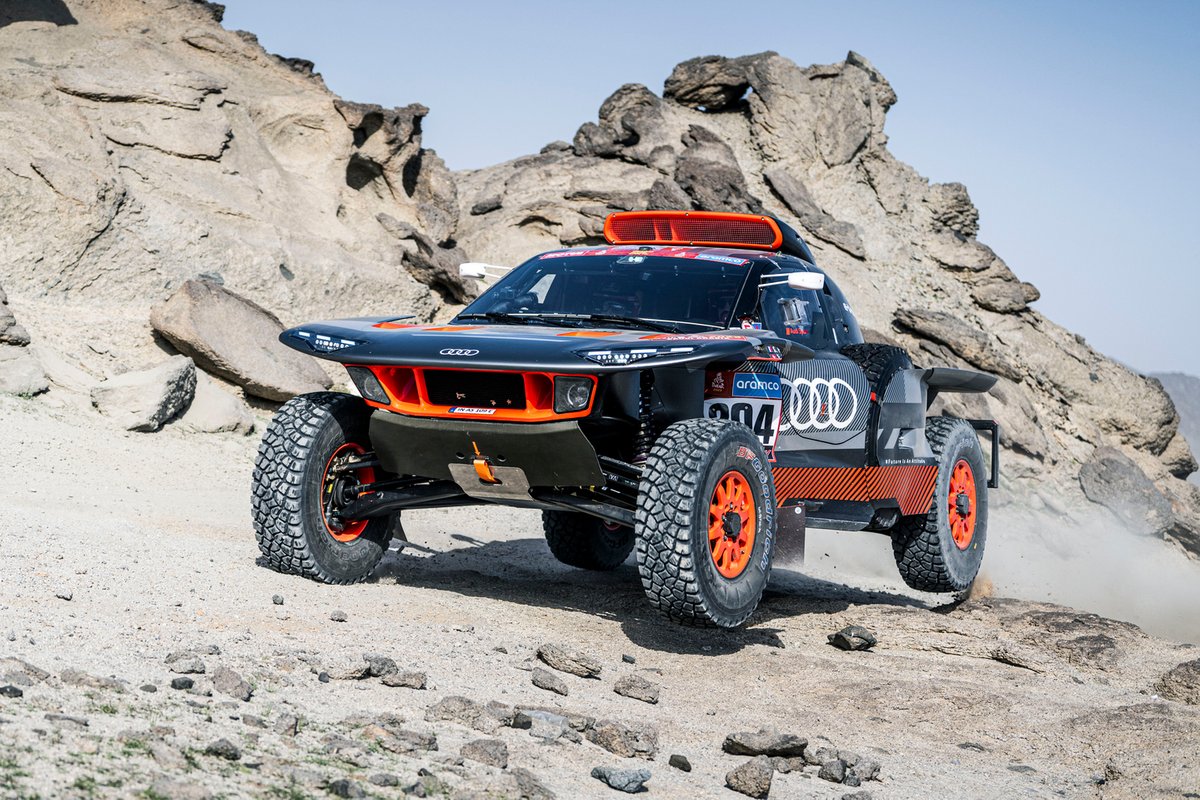 Sainz ended up sixth but only 14 seconds off the top spot in his Audi, while Yazeed Al-Rajhi outpaced several factory Toyota cars in his customer Overdrive-run Hilux to finish seventh on the timesheets.

The top 10 was rounded by works Toyota driver Henk Lategan, the South African finishing 21s off the outright pace and nine seconds down on his team-mate Al-Attiyah.

The 2023 Dakar Rally will kick off in earnest on Sunday with a 367km special near the Sea Camp.