Alongside new navigator Marc Coma, Alonso endured a turbulent start to his off-road career in the two-day Lichtenburg 400, a round of the South African Cross Country Series.

After completing the 34-mile Prologue stage on Friday third fastest, only 32 seconds off the pace, Alonso suffered a roll 17 miles into the 118-mile opening competitive stage on Saturday, losing time removing his Hilux's damaged windscreen.

He and Coma were then given special dispensation to start the second stage first in the running order, only to lose another windscreen after striking a bird - meaning the pair had to take turns holding up the damaged panel to the end of the rally.

"Unfortunately, today was a little bit of a nightmare for us," said Alonso.

"In the morning, we rolled over a little bit and broke the windscreen - which affected our visibility so we had to remove it.

"We drove the rest of the loop with goggles on, in the dust behind all the cars.

"For the second loop the organisers allowed us to start in front, to have a clear view.

"After a few kilometres, we hit a bird and the windscreen broke again. 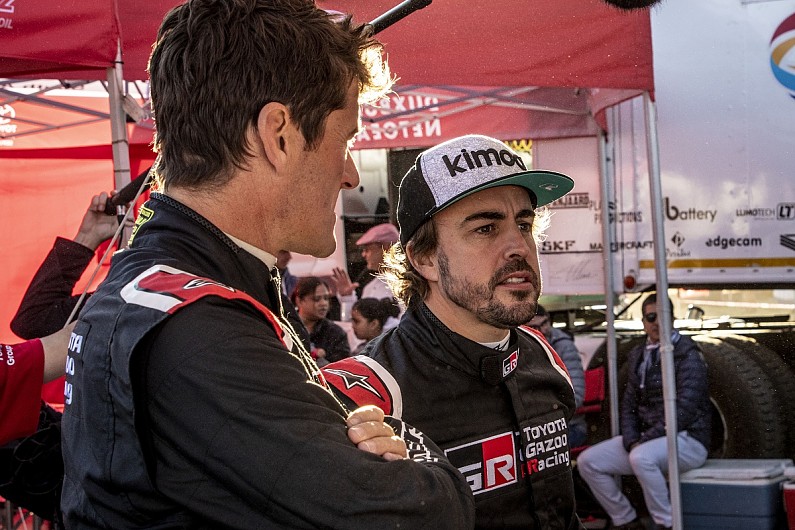 "Then it was nearly 200 kilometres with one hand on the windscreen and the other on the steering wheel.

"It wasn't the best day for us, but we were able to get more kilometres in the Hilux and it's good to experience these things before we get to more important races."

Five-time Dakar bikes champion Coma added: "With Fernando, we managed the situation together and got to the end of the race.

"Even with all the challenges we faced today, we still managed to get a lot of valuable kilometres under our belt and we know that all of this is part of the experience we are gaining."

"We certainly proved this weekend that Fernando has the speed and Marc has the ability to co-drive in the Hilux," commented Hall.

"Despite the ups and downs, this weekend was an invaluable experience for the crew. 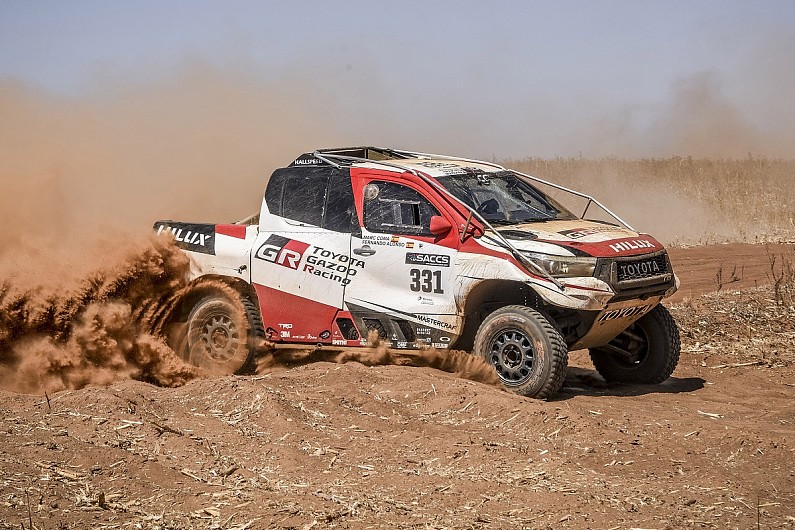 "In the Prologue, we saw that Fernando can keep up with the best drivers in South Africa, who are as good as they come in the world. Competing at this level in terms of speed, and with such a steep learning curve, we expected little setbacks along the way.

"This is exactly the kind of experience they need to have so it doesn't come as a surprise if it happens during the big race.

"The determination shown by Fernando and Marc today is nothing short of impressive."

Alonso's next rally-raid event with Toyota will be Rally Morocco on October 3-9, the traditional warm-up event for the Dakar in January.