Scott owns leading BTCC outfit Team BMR and for the past three years has driven for it in the series, but will step out of one of the team's factory-backed Subaru Levorgs this year.

The former British Superbike Championship racer will continue in his role as team principal with BMR, dovetailing those commitments with a full campaign in British RX in an LD Motorsports-run Citroen DS3 Supercar.

Scott has already tested the car, which scored two victories in the European Rallycross Championship in 2013 and helped Dan Rooke, below, to the British RX title last year, and is due to have another run in the DS3 before the opening round of the season at Croft next week.

"Although I have a very strong team behind me in the BTCC, I've found it increasingly difficult to concentrate on my own racing when I had to also focus on the team's performance and results as a whole," said Scott. 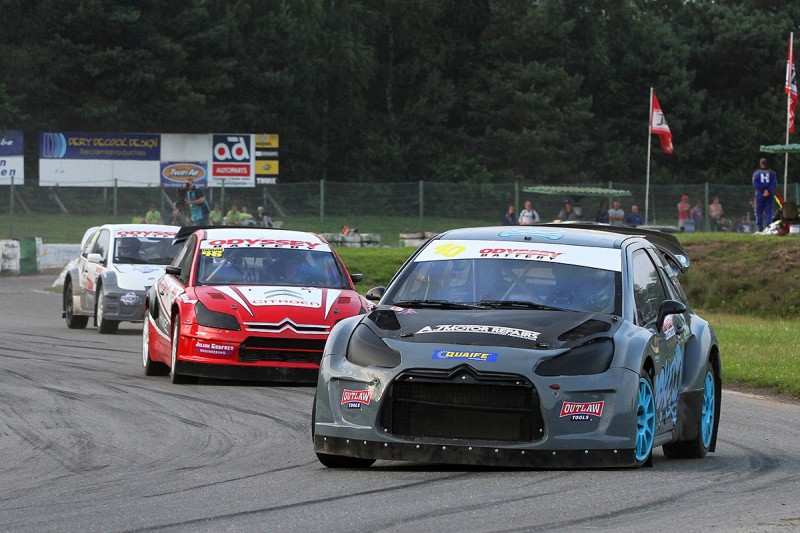 "Having four cars on the grid meant that I could never fully centre my attention on my own race as there was always something going on.

"The BTCC is so competitive, often the top twenty are covered by just a second and there is no room for error, you must be 100% focused, 100% of the time.

"I will be competing in British RX this season, I will however remain 100% hands on as Team Principal and am fully committed to Team BMR and Subaru in the BTCC.

"The Citroen was unbelievable and I felt at home in the car straight away."

Team BMR is yet to announce a fourth driver for the 2017 BTCC campaign, with Jason Plato, Ash Sutton and James Cole currently signed.