The double champion, who has dropped from fifth position to 17th, was blamed for two incidents.

Firstly, he was deemed to have gained an advantage after nudging into the back of leader Chris Smiley at the Wilson hairpin on the opening lap of the race.

He was punished with a five-second censure for that incident, and then hit with a further 10-second penalty following contact with Ash Sutton's BMR Racing Subaru Levorg later on in the event while the pair were disputing the lead.

The fight for first erupted on lap nine and the pair, who were team-mates at Team BMR in Levorgs in 2017 and '18, touched several times - including at Agostini as Plato regained first place.

The final incident came when eventual winner Rory Butcher (AmDTuning Honda Civic) jumped them both on the Bentley Straight and Plato made contact with Sutton going through the Brundle left-hander.

Plato was able to continue to finish fifth, while Sutton regained the track and came home in 20th position. 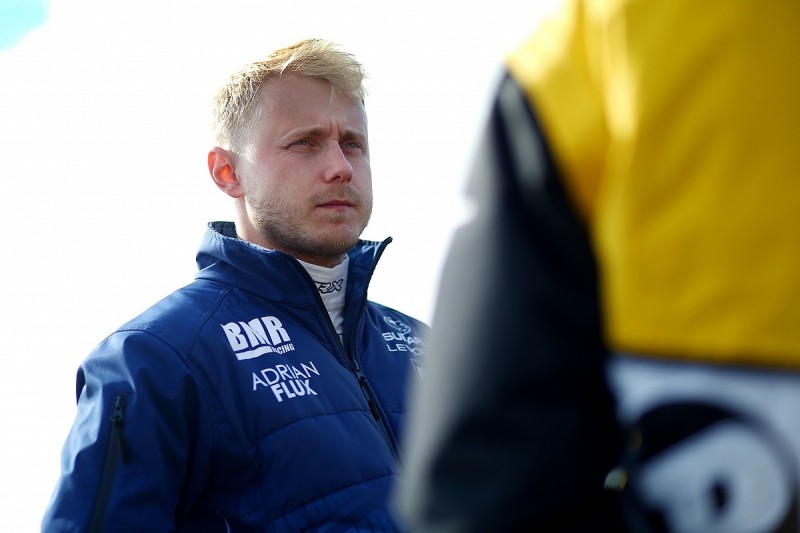 Sutton was fuming afterwards. The 2017 title winner said: "It was brainless. It is just stupidity.

"[He had hit me several times] and then gets his joker card out, and he turns me around under the bridge.

"That was the third time he had hit me. He is absolutely brainless, and we will take that [to the stewards].

Plato said he did not think he had done anything wrong during the race and was furious about the contact on track.

"Ash is pissed off? He needs to grow a pair of balls," said Plato immediately after the race.

"He needs to look back at the videos and see how he drives sometimes.

"I don't believe I initiated the contact with him."

There was a further penalty for Speedworks Motorsport Toyota Team GB driver Tom Ingram, who crossed the line in eight position.

He was deemed to have gained an unfair advantage as he passed Ollie Jackson (Motorbase Performance Ford Focus), who crossed the line in ninth.

The clerk issued a 6.7-second time penalty to Ingram, which pushed him back behind Jackson in the finishing order.