Two-time British Touring Car champion Jason Plato will swap cars with team-mate Ash Sutton in a test next week, in an attempt to get to the root of early-season problems

Plato has struggled since an accident in the second race of the year at Brands Hatch in early April.

He was fired into the pitwall after start-line contact and his Team BMR Subaru Levorg was heavily damaged, leaving the 95-time race winner with poor handling on his car.

A turbo-boost allowance increase at the last meeting at Oulton Park on May 21 meant all four of the Team BMR Subarus - Sutton, Plato, James Cole and Josh Price - were more competitive.

Sutton won the second of the day's three races and is sixth in the standings.

Plato is languishing in 20th in the table, scoring points in all three races at Oulton Park for the first time this season, albeit unable to break into the top 10.

Team BMR is scheduled to travel to Pembrey in South Wales next week so Plato can troubleshoot his own machine when comparing it to Sutton's.

"We need a day away with the two cars to work it out," Plato said.

"There's progress on my car at times but we're still trying to fathom what exactly is wrong with it.

"At the moment it still won't do what we want it to do.

"Ash drove mine before the accident and said 'I want exactly what he's got!'" 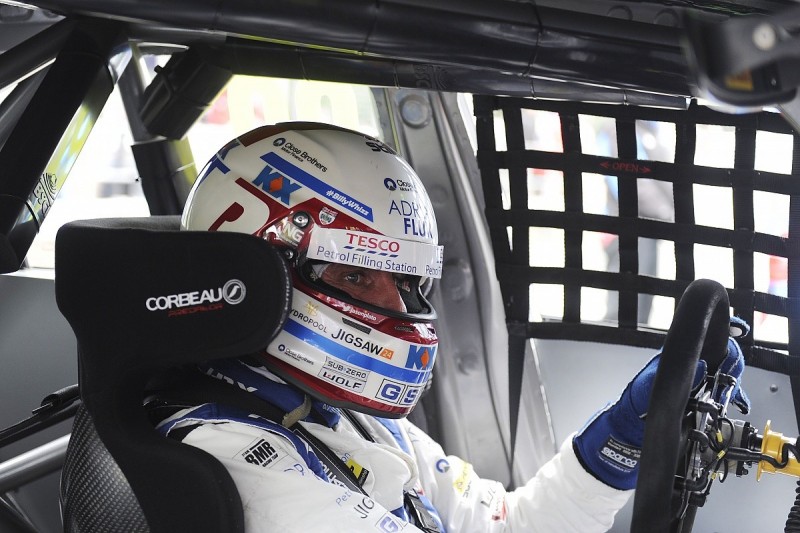 Plato also said that the increase in turbo power had helped the Subarus perform at Oulton Park, but there was still a way to go to match the frontrunners.

"The organisers gave us increased boost on Saturday morning [at Oulton Park] and then increased it a little further on Sunday morning and it made a big difference," he said.

"Big thanks to [BTCC bosses] TOCA for measuring the on-track performance of our engines and giving us a little more power.

"We're still a little bit down on power but a lot closer than we were, and we're making progress.

"The car still can't quite do what a Honda and a BMW can do because it hasn't got the same power."