Triple Eight Racing, which runs the two MG6s in the series, announced on Monday that it had parted ways with Lloyd, who had driven in the first four meetings of the season alongside Aron Taylor-Smith.

Now Cook, who was a member of the works MG programme last term alongside Ashley Sutton, has switched from the Maximum Motorsport Ford Focus that he had driven so far in 2017 and will rejoin Triple Eight from this weekend's Croft round.

Triple Eight Racing team principal Nico Ferrari said: "It's a shame things didn't work out with Dan but now we're in a great position to continue improving the MG6 and we can start to prove the capability of the car.

"Josh's experience in the MG last year will be a huge boost for our engineering team.

"Josh was excellent last year, as is Aron this year so we're now in a position to really capitalise on two brilliant drivers." 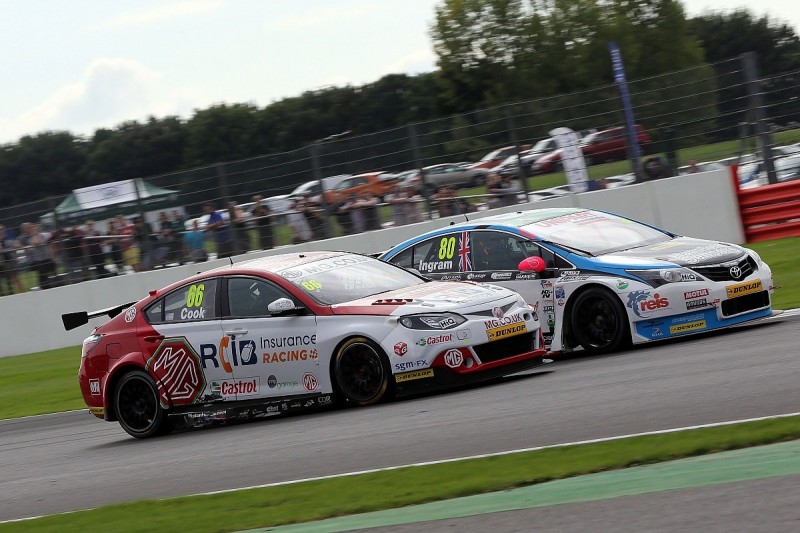 "He is a great ambassador for Triple Eight, MG and the sport in general both on and off track," sad Sergeant.

"There was always unfinished business from my point of view and I relish the chance to work with him once again."

Cook had taken a fourth place at Donington Park in the Maximum car and is 12th in the standings.

"Firstly I would like to thank all those at Team Parker with Maximum Motorsport for the opportunity at the start of the season and for all of their hard work," said the 25-year-old.

"I wish them further success and now look forward to building on my 2016 season with MG in the MG6."