One-time British Touring Car champion Andrew Jordan has admitted that the team behind the series’ new hybrid system was playing it safe in qualifying for its race debut at Silverstone.

Jordan qualified the Speedworks Motorsport Toyota Corolla fitted with the new hybrid system a disappointing 20th around the National Circuit, when it had been tipped for pole position in some quarters due to its extra power.

The 2013 champion, who has not raced in the BTCC since 2019, was 0.506 seconds off the Q1-topping pace of the conventional Speedworks Toyota driven by polesitter Rory Butcher.

The hybrid system has been developed by Cosworth, while the Toyota is also carrying the brand-new Ford EcoBoost-derived M-Sport engine that will become the TOCA customer powerplant in 2022.

The car was equal 15th fastest in the speed trap on the Wellington Straight, 2mph adrift of the pacesetting BMWs of Tom Oliphant and Tom Chilton, and equal 21st over the start-finish line, 1.4mph short of the Infiniti of Carl Boardley.

A water-pump problem set the effort back in the first free practice session, but Jordan returned to the track to complete 19 laps. He racked up 25 laps in the second session, and 19 in qualifying. 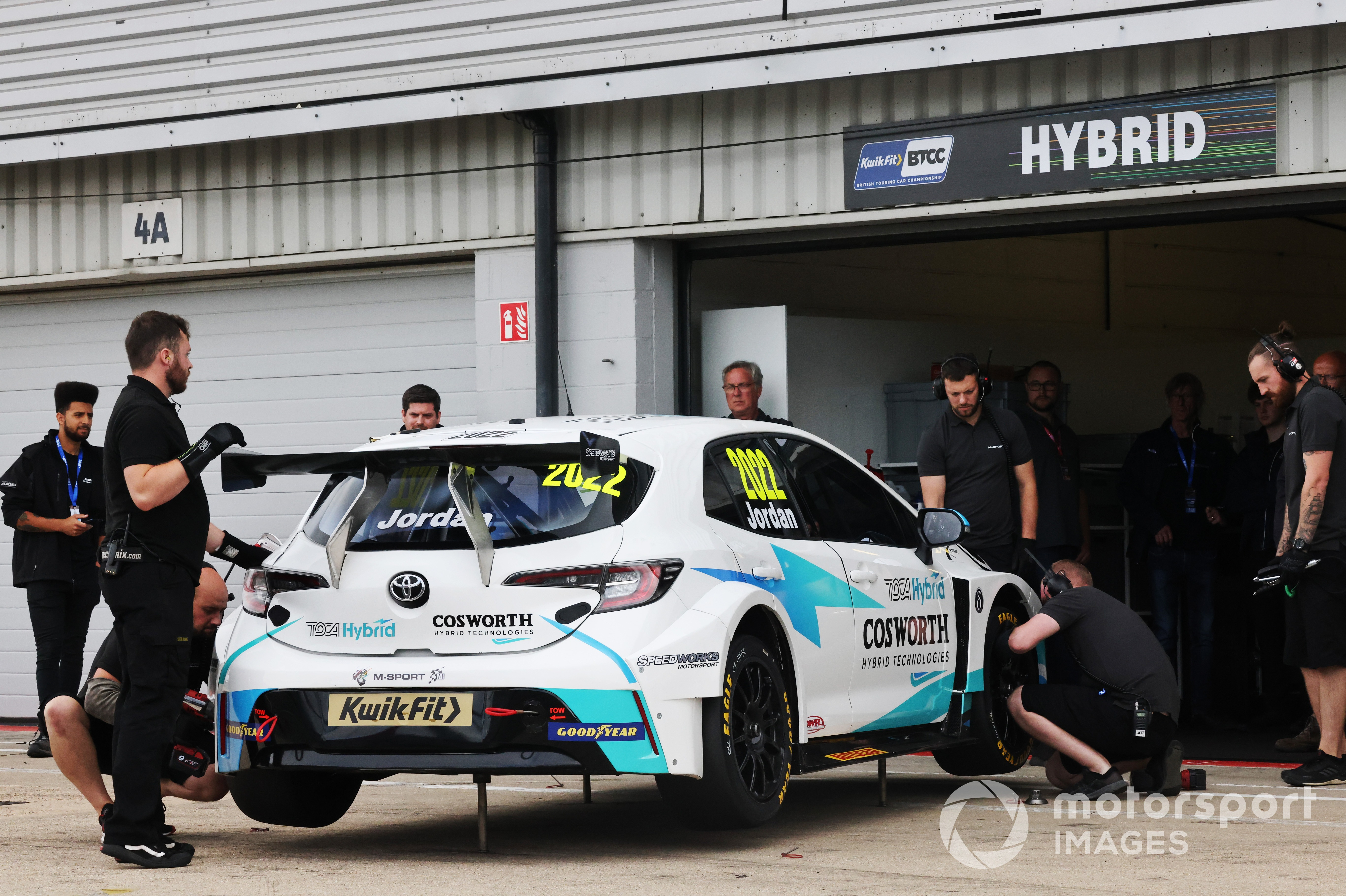 “We’ve played it very safe today,” Jordan told Autosport. “Obviously the big thing was we needed it to be reliable.

“It’s more on keeping things in reserve so we know where we’re at, but everything is working as it should be.
"The M-Sport engine is lighter, and the battery moves the weight distribution rearwards, which can cause some other issues."

The system is designed to produce extra power for 15 seconds per lap.

The car will start each race from the pitlane and not be eligible for points, so as not to interfere with the regular runners.

Meanwhile, Butcher was celebrating his first pole since joining the Speedworks Toyota squad, and his fourth in all in the BTCC.

“We’re on pole and that’s a big moment for us as a team,” said the Scot.

“I feel like I could have gone quicker that what I did, certainly in the final sector where I dropped a bit of time.
“The car is feeling so good and it just shows the hard work that’s gone on over the past few months to give me what I want from it.”