The 27-year-old Ingram joined Speedworks for his rookie BTCC season in 2014 as the reigning Ginetta GT4 Supercup champion, and since then they have combined to take 16 race wins, first in the Toyota Avensis and then in the Corolla, with which Speedworks became an official BTCC manufacturer team in 2019.

Ingram has finished in the top six of the final championship positions for four consecutive seasons, peaking with runner-up in 2018.

Commercial considerations are at the root of the split, which comes as Speedworks upgrades from a single-car team to two Corollas for 2021.

Speedworks boss Christian Dick told Autosport: "When Tom joined us we hadn't achieved a great deal, and our partnership has been really strong since then. There's no animosity, no fallout.

"The team's commitments to our commercial partners are growing, and so are Tom's with his, and it's been increasingly difficult to satisfy all their needs.

"From our side we're going to go to two cars, and the intention is that it looks uniform with Toyota Gazoo Racing.

"Everyone was very happy for Tom to continue, but there had to be a compromise between livery and space on the car, and that's a compromise that couldn't be made.

"We look back very fondly on these past seven years." 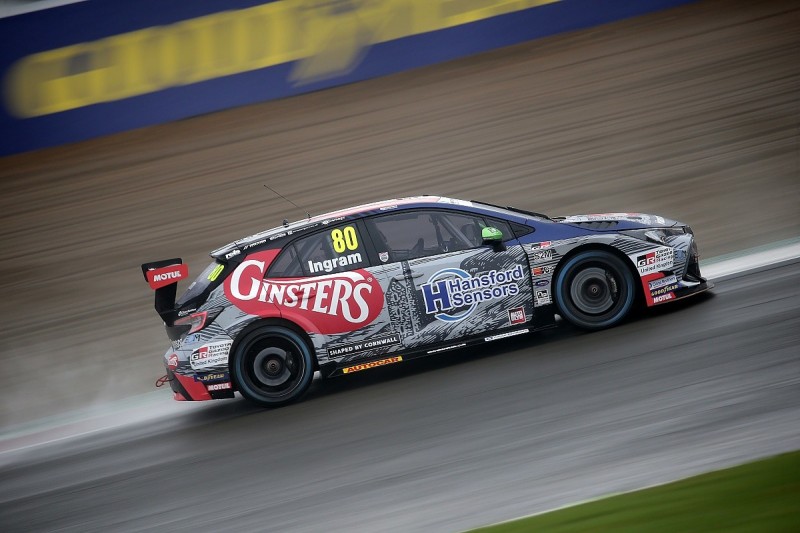 Although neither Speedworks nor Ingram wanted to comment about the 2020-21 'silly season', the BTCC grapevine insists that Rory Butcher will move from the Motorbase Performance Ford team to lead the Speedworks line-up, while Ingram will take his personal backing from Ginsters and Hansford Sensors to spearhead the four-car Excelr8 Motorsport Hyundai attack.

"It's the norm for drivers to switch left, right and centre, so ours is a really special story of the BTCC," said Ingram of his Speedworks relationship.

"It's the story of a driver and team moving forward together. I know it sounds like a cliche, but we could never have realised what a journey we'd go on.

"It's been an amazing and special seven years, and Christian and I will still be friends.

"But we have to look after our interests, and every so often you get to a crossroads where you're after the same thing from a branding point of view."

The only unbroken driver-team relationships in 2020 to have lasted longer than that between Ingram and Speedworks are Matt Neal with Team Dynamics and Adam Morgan with Ciceley Motorsport, but both those teams were set up by their respective families.