British Touring Car Championship leader Jake Hill has hailed the Motorbase/MB Ford squad after taking seventh on the grid for Sunday’s second round at Snetterton.

Hill is carrying the maximum 75kg of success ballast on the Motorbase-run MB Motorsport Ford following his triple podium at Thruxton, but easily outpaced his closest title rivals.

Josh Cook, second in the points and on 66kg of ballast, secured 16th on the grid in his BTC Racing Honda Civic Type R; Jason Plato, third in the standings on 57kg, qualified his Power Maxed Racing Vauxhall Astra 18th; and fourth-placed Ash Sutton starts 15th with 48kg aboard his Laser Tools Racing Infiniti Q50.

“It’s definitely the most satisfying seventh place I’ve ever had,” Hill told Autosport, “but back in 2019 [when he was racing an elderly Audi S3] it was a privilege to be in the top 10.

“I don’t think we could have asked for much more, given how heavy we are and where my main competitors are.

“I couldn’t have asked for a better gap to them, and this gives us a good jump for the weekend.

Hill, who starts one position behind unballasted MB team-mate Ollie Jackson, said that most of his testing was carried out with the full 75kg on board.

“The car’s OK with the weight, and not having weight is arguably where we

“We’ve prepared a lot with weight and that was what made me able to go and do this.

“And I’ve got a great wingman in Ollie – I’m sure we’ll be able to go forward and do a good job tomorrow.”

Cook said that the BTC Honda set-up for ballast had not transferred to Snetterton. 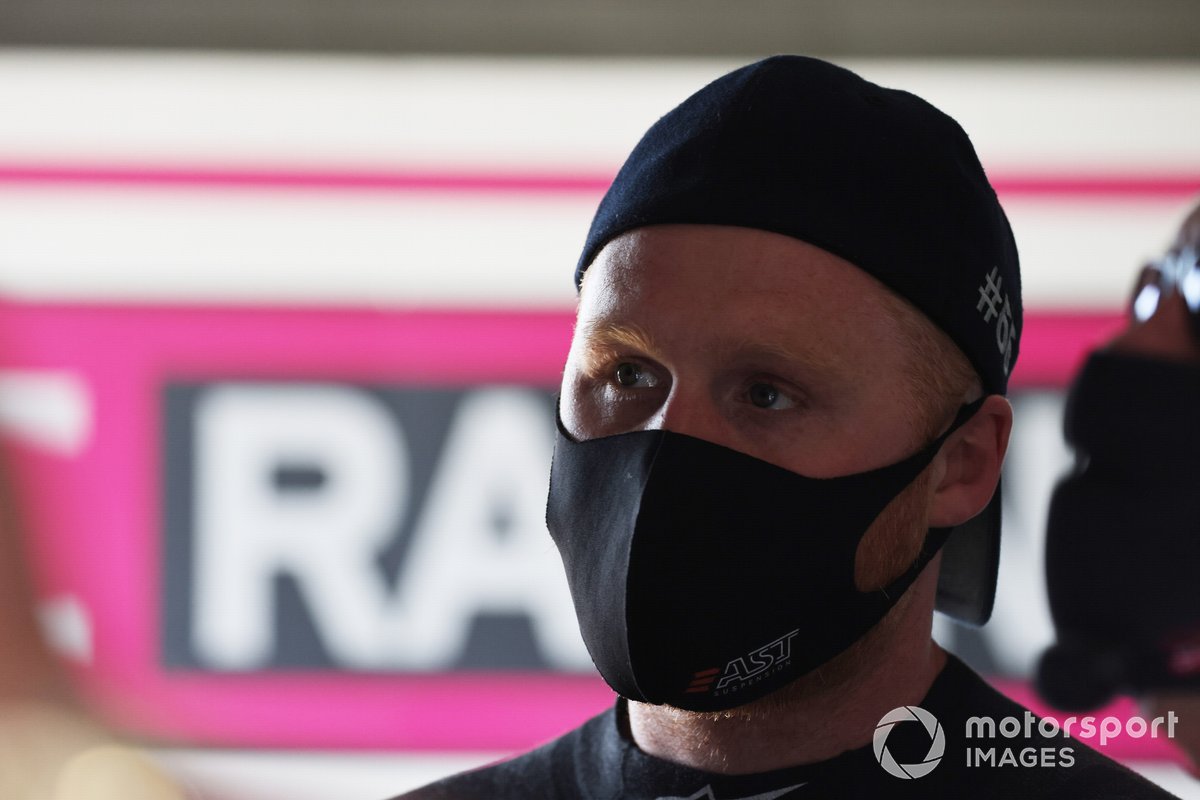 “What makes our car very good at certain circuits never worked particularly well with ballast in at Snetterton,” he said.

“We don’t want to go reinventing it, because we know it works at the majority of places.

“This is a flat, smooth, flowing circuit, and our car works over undulations and kerbs.”

Plato believes that the PMR Vauxhall team is still recovering from a set-up change for the first free practice session.

That didn’t work, and he and team-mate Dan Lloyd were suffering from a lively rear end on their Astras.

“In all honesty, we’ve underperformed I reckon by about three tenths,” said Plato.

“We bolted what we thought might work on for FP1 and it didn’t – on such a long track, to get one lap of intel is three laps on track, and takes half the session, so you only get two runs [per session].

“We bolted something else on for FP2 which we knew would cure our hideous snap oversteer, and the basics are OK but it hasn’t been tuned yet.

“In reality, we should have been 12th – 57kg hurts and this car is not the fastest in a straight line. It never has been, but in momentum corners it’s good.”

Reigning champion Sutton found the Infiniti’s engine was lacking during qualifying, and the team is making a change of TOCA-spec Swindon powerplant before racing begins.