Three-time British Touring Car champion Gordon Shedden has been stripped of his Snetterton pole position for a rear-wing infringement.

Team Dynamics, the squad that runs the Scot’s Honda Civic Type R, has blamed “finger trouble” for a mistake in the rear-wing angle.

The mistake means Shedden is excluded from qualifying and will start Sunday’s opening race from 29th and last on the grid.

“It should be one degree one way, but it was one degree the other way.

“The way people have reported it so far, it makes out that we’ve been cheating, but that’s obviously not the case.

“The wing was just set incorrectly – it was a finger problem.”

Shedden is already on the back foot in the championship following a bad opening weekend at Thruxton.

He crashed out of the first race in Hampshire, and struggled in the second after Dynamics ran out of time for a proper repair job.

An inspired drive in the reversed-grid wet-dry finale brought Shedden fourth place from back of the grid, less than a quarter of a second from finishing second. 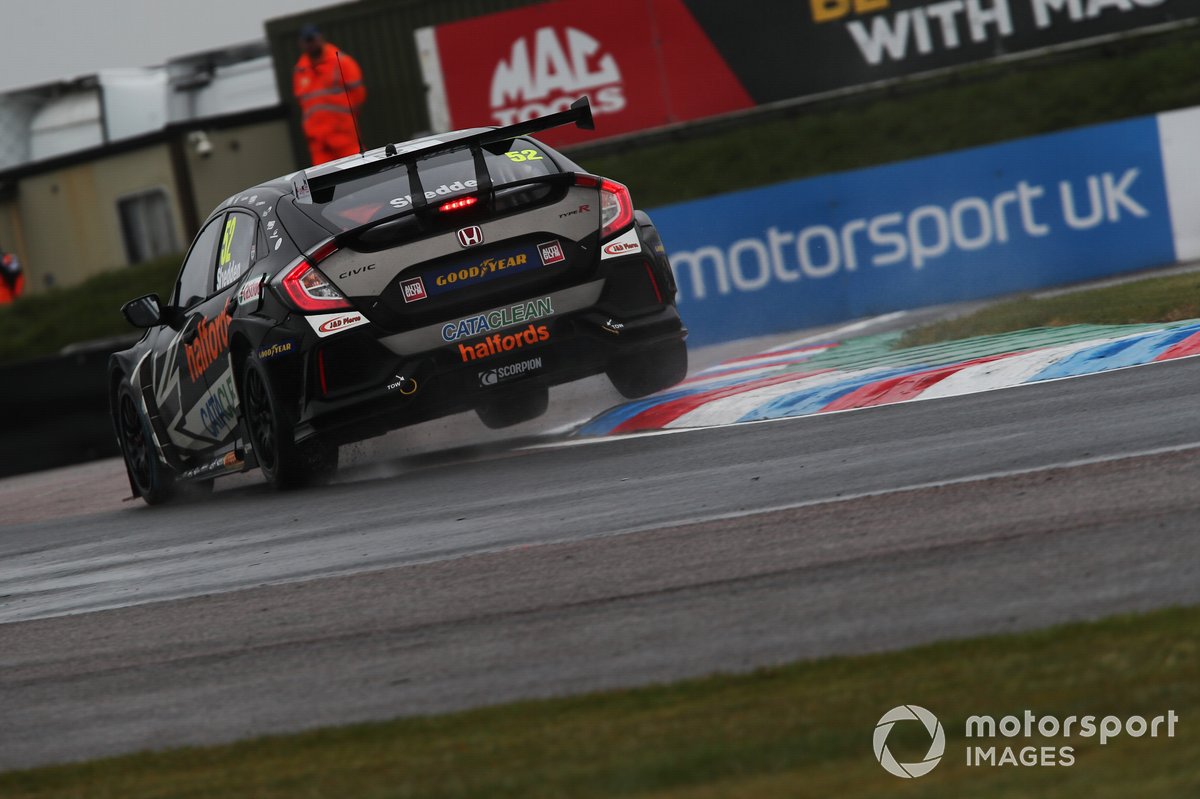 After claiming pole at Snetterton, Shedden agreed that running without success ballast as a result of his Thruxton weekend made this an extremely important weekend for gathering points.

“We’ve just got to get some points back onto the board,” he said.

But despite the disappointment, Neal had no complaint about the penalty for the infringement.

“Rules are rules,” he added. “If the wing had been one degree the other way, it would have made absolutely no difference to our performance.

“If anything, it was hampering us technically and giving us more drag.

Ironically, it was Shedden’s team-mate Dan Rowbottom who was the fastest to miss out on making it into the top 10 qualifying shootout, and who therefore inherits the position on the outside of the fifth row.