The 26-year-old will drive one of the team's three VW CCs in the series next year after the outfit purchased the ex-Team BMR and BKR cars.

Burns has competed in the GT4 Supercup for the past three years, finishing just three points behind champion Tom Wrigley in the standings this season.

"I'm really pleased to be on the touring car grid," Burns told Autosport.

"We initially started talking to them [Team Hard] back at the Snetterton round and have been building up a good relationship.

"I get along with the team and it felt right to go with them - I know they have big plans and I wanted to be a part of them.

"I'm under no illusions it's going to be tough but it will be a learning year and I will be competing for the Jack Sears Trophy." 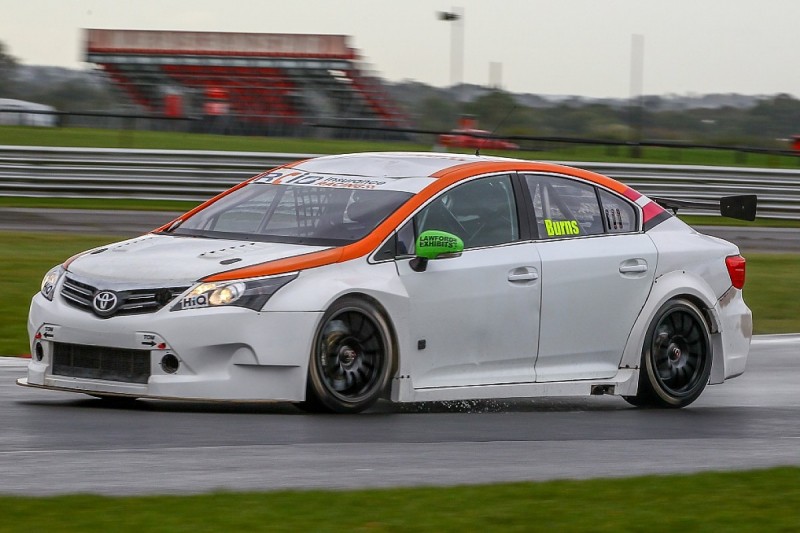 Burns has already tested for Hard in a Toyota Avensis the squad campaigned this year.

"I will be under no pressure and will try to get to grips with the car," added Burns. "It will be completely different to the Ginetta.

"It's been a dream of mine to do touring cars so I'm going to be pinching myself every time I do a lap in the car.

"It's a big achievement for myself and hopefully I can produce the goods."

Team Hard boss Tony Gilham described Burns as "an amazing up and coming talent" who had "already formed a great relationship" with the squad.