Leading British Touring Car Championship team Excelr8 Motorsport has launched a feasibility study into running a Hyundai engine in its i30 N Fastback machines in 2022.

Excelr8 is teaming up with Swindon Powertrain, the existing supplier of the BTCC TOCA customer engine, to undertake a research and development project into Hyundai power, with the support of lead driver Tom Ingram’s backer Hansford Sensors.

The move could mean Swindon remaining represented in the BTCC after all – shortly before the delayed start of the 2020 season, top World Rally Championship team M-Sport was named as the new supplier of the TOCA engine, beginning in 2022.

Prior to the start of the current NGTC ruleset in 2010, Swindon already had a storied history in the BTCC, including building the engines with which John Cleland and Vauxhall won the 1995 crown at the height of the Super Touring era.

An Excelr8 statement said: “Key to the final decision over whether to use the engine will be investigations into the potential gains that could be available for the Hyundai, with current regulations meaning anyone using the stock TOCA engine, as presently fitted to the car, is subject to the same performance tuning opportunities.

“Further work will explore the way in which a bespoke unit could allow the team to better manage the balance between performance and reliability over the course of a full 30-race season, and on how it could provide greater opportunity to integrate the new Cosworth hybrid system being introduced by the BTCC for 2022 into the Hyundai package.”

The project appears to tie in with efforts on the part of Excelr8 to form an official relationship with Hyundai UK.

"The BTCC as a series is one that is constantly evolving and if we want to maintain the progress that we have made so far, we need to look at what we can do to ensure that we continue to challenge at the front of the grid,” said team owner Justina Williams. 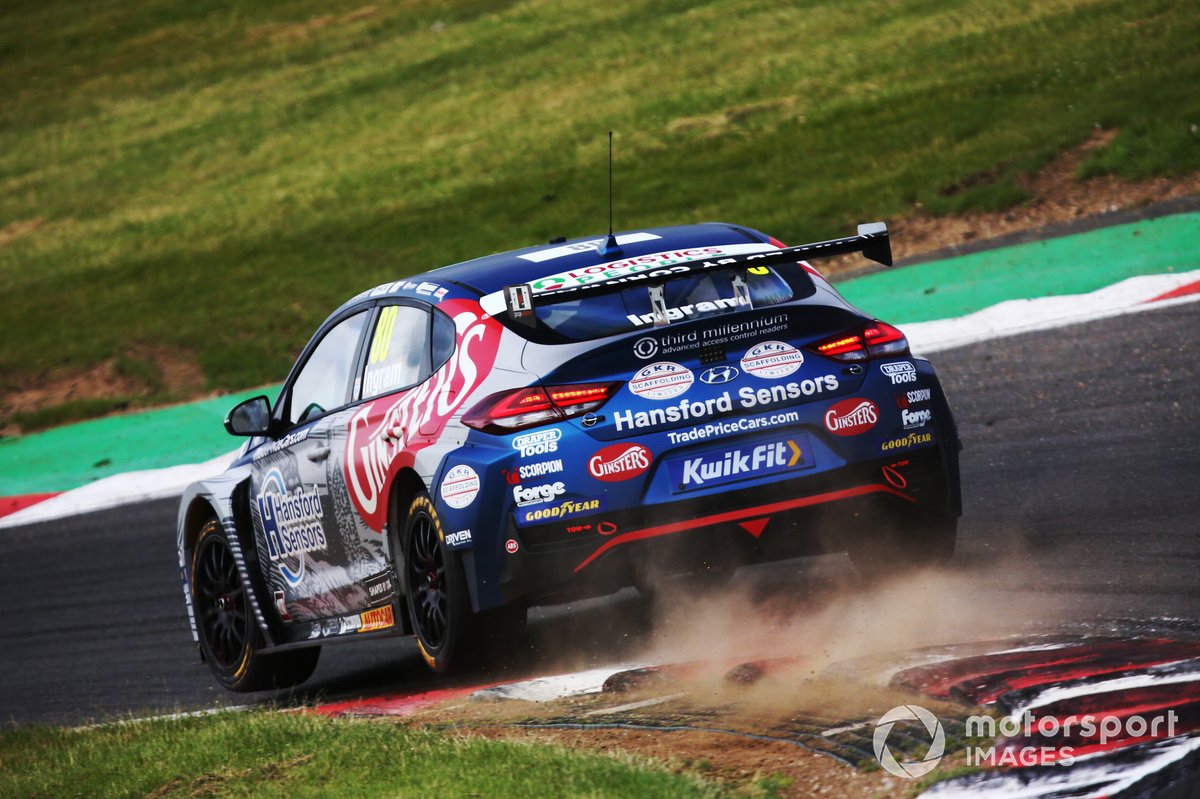 “This R&D project is an opportunity to explore the way in which we can continue to grow as a team, and can also maximise our chances of success on track in the new hybrid era.

"We are lucky to have a very talented group of engineers within our team to work on this R&D project and in Swindon Powertrain, we have a partner that has a proven record of success when it comes to developing engines that are capable of fighting for race wins and championship titles.

"There is a lot of hard work ahead in the coming months as we fully evaluate the options that are available to us, and ultimately we will only push ahead with a full engine programme if we know that it is the right decision for everyone involved."

Swindon chief Raphael Caille added: "The development of high-performance powertrains is our speciality, and our engineering team is hard at work making the most of the opportunity to work on this new engine for the Hyundai.

“We look forward to delivering everything that the team is looking for from the R&D project in the coming months."

A Swindon-tuned engine could mean Excelr8 joins BMW teams West Surrey Racing and Ciceley Motorsport and Honda squad Team Dynamics (all of which have engines built by Neil Brown) plus the Motorbase/MB Motorsport Fords (Mountune) in using bespoke powerplants in the BTCC.

Ingram, who has used Swindon engines throughout his BTCC career, lies second in the overall and independents’ standings, with Excelr8 on top in the independent teams’ and runner-up in the overall teams’ charts.