Jack Goff planted his Team Hard Cupra Leon at the top of the times in free practice as the British Touring Car Championship weekend at Oulton Park kicked off in tricky conditions.

After a dank and drizzly opening session, the second period of running took place on a drying track, and Goff’s headline time was within a second of a representative dry-weather qualifying effort.

It put him fastest by a mere 0.008 seconds from Rory Butcher, at the wheel of the lead Speedworks Motorsport-run Toyota Corolla.

“It’s changeable conditions, it’s free practice, so it doesn’t mean a lot,” said Goff, who is carrying 15kg of success ballast aboard the Cupra.

“If I’m there after qualifying I’ll be a very happy man – it was just about being on the right tyre at the right time and without traffic, and we did that.

Butcher, who has 9kg of ballast on the Toyota, looked strong after not setting a representative time in the opening wet session, and traded fastest times with Jake Hill during the third quarter of the lunchtime running.

He and Goff knocked down Senna Proctor, who briefly sat at the top of the times in his BTC Racing Honda Civic Type R, but eventually ended up third ahead of Jason Plato’s Power Maxed Racing Vauxhall Astra. 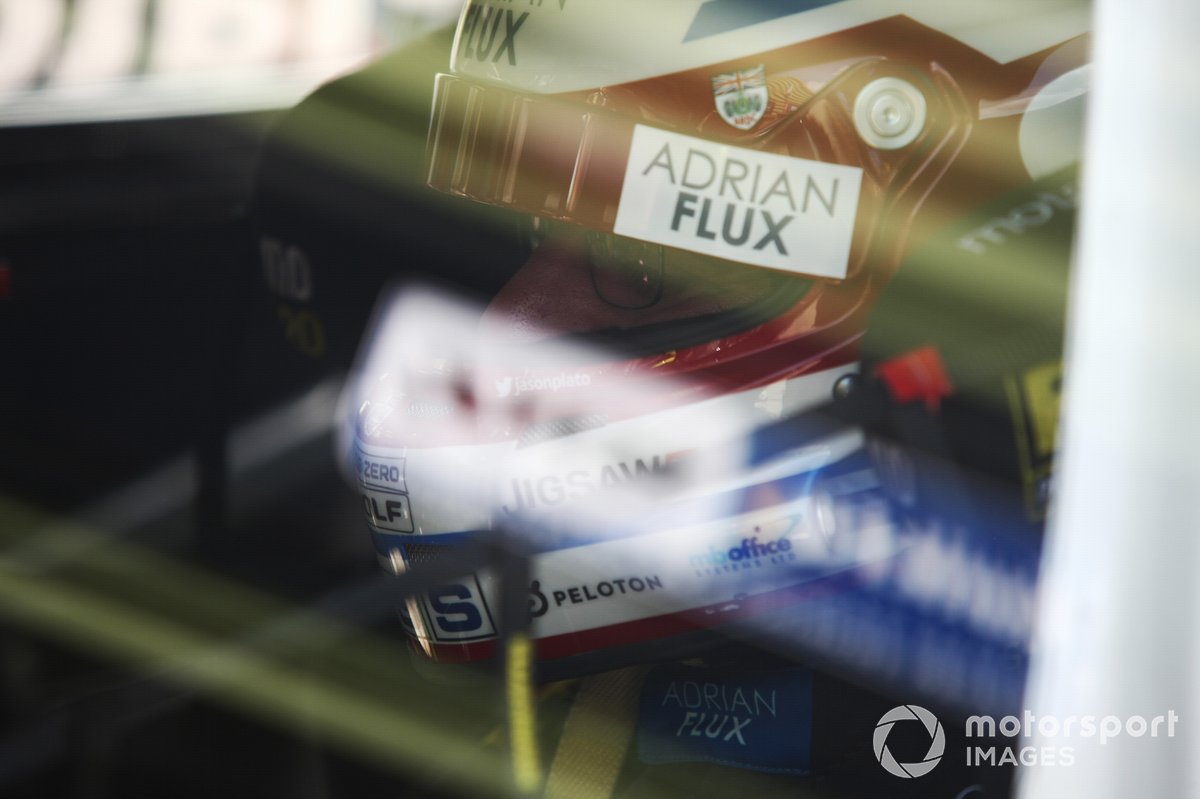 Adam Morgan put his Ciceley Motorsport BMW 330i M Sport into fifth place at the head of the rear-wheel-drive brigade, while Sam Osborne was an impressive sixth in his Motorbase Performance Ford Focus – the son of team boss Pete Osborne even headed the times before the last-ditch improvements.

Tom Ingram spent much of the session in the Excelr8 Motorsport garage as set-up tweaks were made to his Hyundai i30 N, before emerging to take seventh, with 66kg of ballast.

A last-lap improvement promoted Ash Sutton’s Laser Tools Racing Infiniti Q50 – the championship leader carrying the maximum ballast of 75kg – to eighth, although both Sutton and team-mate Aiden Moffat were put in the sin bin for five minutes late in the session for persistent track-limits offences.

Team Dynamics ran its Hondas on slicks from the start – the only team to do so – and Gordon Shedden was fastest for a period of time, before ending up ninth.

The session was enlivened by several lurid moments at the fast Cascades left-hander as drivers strove to maximise the brief period of almost-dry running: Tom Chilton spun his Ciceley BMW; Chris Smiley planted his right foot to rescue an almost-certain spin in his Excelr8 Hyundai, only to run onto the grass and send the car airborne; Hill brought plaudits from the crowd for doing the same as Smiley in his MB Motorsport Ford, but in his case keeping it on the track; while Plato ran onto the grass as he tried to pass a slower car off line in the damp.

Tom Oliphant headed the morning order in his WSR BMW with the very first lap of the session, getting a time in on slicks before the rain worsened.

Shedden moved up to second at the end on slicks as the track became less wet, while third-placed Turkington set the fastest time on wet-weather rubber.