Jordan was hospitalised as a result of the crash, during which he was tagged by Collard into a spin on the first lap at the Old Hairpin.

The 2013 BTCC champion was then heavily t-boned by an unsighted Adam Morgan before receiving another hit to his BMW 330i M Sport from Stephen Jelley.

But Power Maxed Racing driver Collard reckons he was unable to avoid the incident in his Vauxhall Astra.

He told Autosport: "I feel really bad for Andrew, Andrew's a good mate and a former team-mate - we've raced for years.

"You don't want see anybody ever have a sideways impact especially when he's been taken off to hospital.

"From my side of it, we went through the Craners side-by-side and entered into the hairpin.

"I've taken my normal racing line and into the Hairpin I'm across the kerb and Andrew's tried to go round the outside of me.

"I feel he's tried to over squeeze me to slow me down or he hasn't considered that I'm there and he's just turned in front of me, which caused the impact.

"I'm on the track just doing my normal thing and he's just come across the front. To me, I don't feel did anything wrong."

It soured a strong result for WSR as defending champion Colin Turkington earned a commanding win, while third driver Tom Oliphant climbed from ninth to third. 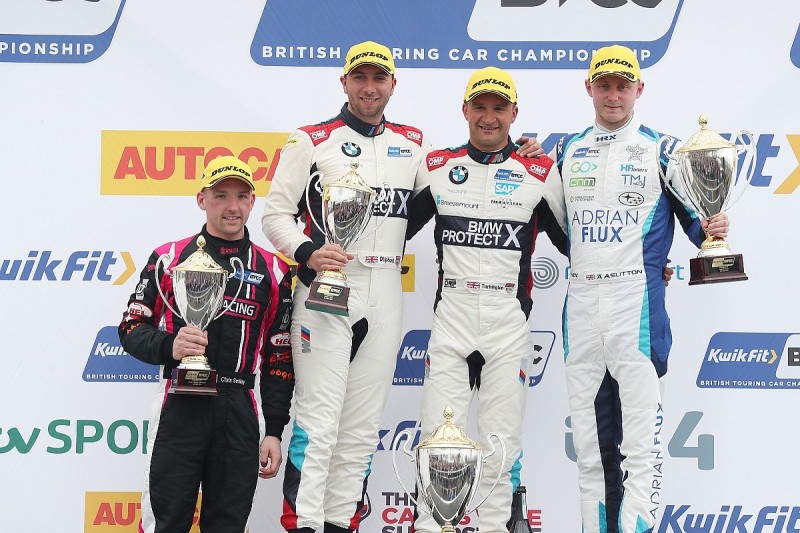 The team's boss Dick Bennetts added: "It's a shame, [Jordan] was going well but I believe got tagged by one of our ex-drivers and then got t-boned by Adam who was totally innocent.

"I'm very happy for two thirds of the team but felt very sorry for AJ.

"According to AJ, apparently he left a gap wide enough and then [Collard] just out braked himself and tagged the back of [Jordan] and turned him round. Shame, it was in a brand new car as well."

While Jordan receives checks, his team has ruled out the BMW 3 Series returning for races two and three due to terminal damage.

Providing there is no chassis damage on his Mercedes A-Class, Morgan will participate in races two and three after having a new front end fitted to the car.

He was shown to be struggling with pain on the TV feed, but has ruled out any lasting issues.

"It was my back more than anything else, right in the middle of my shoulder blades," he said.

"It was in the minute, that's all it was. I composed myself, caught my breath and let it all calm down and relax. I'm alright, I'll be sore tomorrow."