The 15-time race winner has inked a deal with the factory-backed outfit and is relishing the chance to get back into a front-wheel-drive tin-top for the first time since he raced a SEAT Leon at the end of 2007.

Collard said: "It is an exciting new challenge - I have been watching Power Maxed Performance's development over the last few years and they are a team on the move.

"It will also be interesting working with Jason Plato: we have been rubbing door mirrors for so long now but it will be a different story now we are in sister cars."

Collard had driven for the WSR BMW team for the last nine seasons in the BTCC. He was forced to sit out the latter part of 2018 after an accident at Snetterton aggravated a head injury which he initially sustained in a crash at Silverstone in '17. 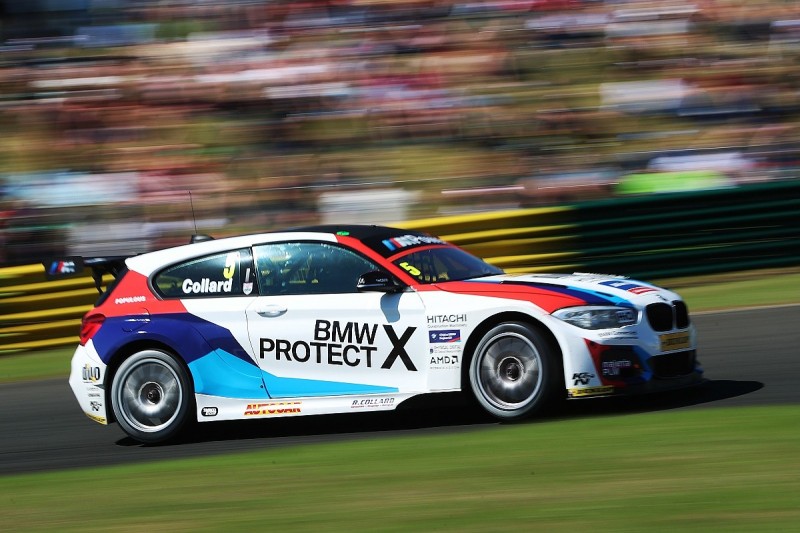 He was replaced by his son Ricky for the final four meetings last term, but Rob is now keen to get back to the front of the grid.

"Power Maxed was in a position to win races last season and we obviously want to carry that form on," said the 2003 Independents Trophy winner. "I am fighting fit and raring to go.

"I am not someone who likes to make too many predictions about what is to come, but I would like to think I am competitive and I will be in the top six in the points going towards the end of the year. From there, anything can be possible."

Power Maxed Racing tied up a deal to run the factory-backed Vauxhall Astra in 2017 and it was a podium finisher in its maiden campaign before going on to take three wins in the '18 season.

It finished joint second in the BTCC teams contest and third in the manufacturers-constructors championship last year.

PMR team principal Adam Weaver added: "After our breakthrough year in 2018, we have been looking for a driver line-up that not only matches our ambitions, but that also has the speed and experience to help us realise those ambitions.

"I am delighted that Rob has decided to join PMR to complete what I believe to be an incredibly strong driver line up. It is quite surreal for me as the two drivers we have signed are ones that I group up watching and are a big part of the reason I fell so in love with BTCC in the first place."

Why Jason Plato came close to skipping the 2019 BTCC season