The Lancashire team has ordered two BMWs from the marque's official BTCC team West Surrey Racing, as it waves goodbye to the Mercedes after seven years of service.

During that time, Adam Morgan - son of Ciceley boss Russell Morgan - has scored eight race wins with the Mercedes, and taken a best championship position of seventh.

The A-Class stayed competitive in 2020, with ex-Formula 1 and Subaru World Rally engineer Steve Farrell credited with unlocking more pace from the venerable machine, which carried Morgan to a victory at Oulton Park and eighth in the standings.

The A-Class's BTCC homologation does not run out until the end of 2023, so Ciceley has put the cars up for sale.

Russell Morgan said: "This has been an incredibly hard decision, made even more difficult by the fantastic job our lead engineer Steve Farrell and Adam have done with the Mercedes this year.

"Our Mercs have been constantly improved and fastidiously maintained throughout their lifetime - they are still eligible to run in the BTCC until 2023.

"We have to look to the future, the hybrid era of BTCC [in 2022] will be upon us before we know it, and we must, as a team, be ready for the next challenge. 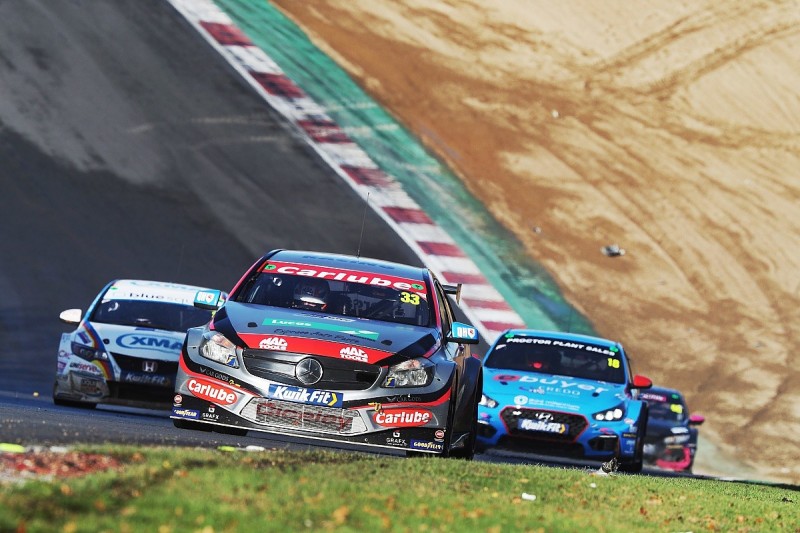 "Next season will be yet another massive learning curve for us all, but we are determined to succeed."

WSR chief Dick Bennetts added: "We're very pleased that Ciceley Motorsport have become our first customer for the BMW 330i M Sport and will run two cars in 2021.

"They are a professional team with a strong engineering mindset, so the WSR-designed-and-built cars should give them everything they need to become title challengers."

Ciceley commercial director Norman Burgess told Autosport that the first of the team's BMWs is scheduled for delivery in the second week of January, with the next one following a month later, and that the team plans to start testing alongside WSR at the beginning of March.

"It's really exciting," said Burgess. "Now we are looking for a second driver who could potentially beat Adam, and then we can have a go at the teams' championship.

"We've had a few phone calls, but our aim is a driver who can keep Adam honest and help us move forward as a team."

While Morgan has never raced a rear-wheel-drive car in the BTCC, he won the 2011 Ginetta GT4 Supercup title, and has this year campaigned a GT4 Mercedes in the Dubai 24 Hours and a Ford Capri at the Goodwood Revival.

"It's a little bit of a settling-into-his-new-shoes year for Adam, but we want to be ready to take that teams' championship," said Burgess.

"He's had a good time out of that Mercedes, but it is a race-winning car, not a championship-winning car, and we aim to resolve that."