The team released a statement on Tuesday confirming the departure of the 31-year-old Yorkshireman, who was always set to continue with the squad for a fourth season in the BTCC.

Cammish has spent three seasons with the team since joining the BTCC from the Porsche Supercup and Carrera Cup GB.

After his rookie campaign in 2018, he came within a lap and a half of claiming the 2019 title, only for brake failure in the final race at Brands Hatch to derail his bid. As he had in 2019, Cammish finished third in the standings in 2020, when he again was in title contention going into the final race.

Across his three seasons in the BTCC, Cammish has won eight races.

The news comes amid rumours that Honda will no longer officially back the Dynamics Civic Type R squad.

But Dynamics has always fully intended to press ahead with a two-car team for 2021, and states that a first driver will be announced on Friday, with the second 'confirmed over the coming weeks'.

Dynamics linchpin Matt Neal, whose father Steve founded the team, has confirmed to Autosport over recent months that he was weighing up a retirement from the BTCC after the 2020 season. 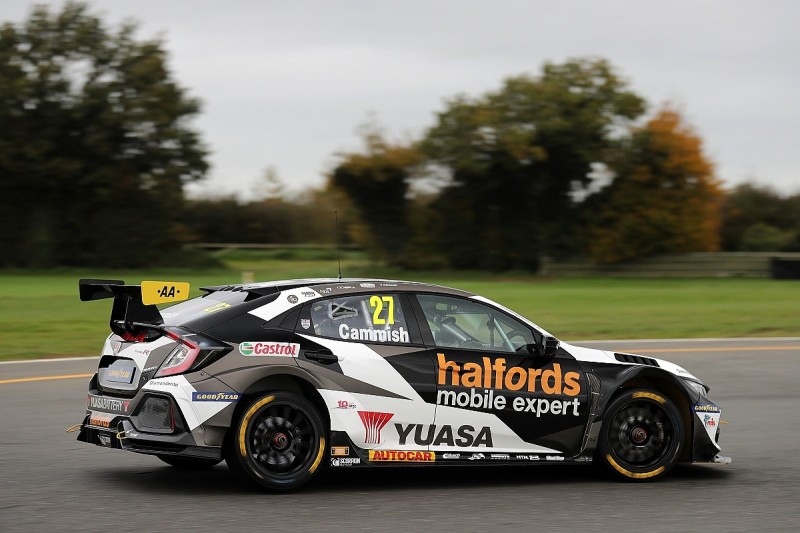 So the departure of Cammish could open up the possibility that 54-year-old Neal remains on board, with Dan Rowbottom, who contested one BTCC season in 2019 at the wheel of a Ciceley Motorsport Mercedes, linked strongly on the grapevine to the other seat.

Cammish said: "Whilst it is really disappointing for me, I have to thank Dynamics for their faith in bringing me into the championship three years ago.

"If it weren't for them, I probably wouldn't have got my 'big break' in the BTCC and managed to do what I have done.

"We have parted on exceptional terms and I will be keeping in contact going forward. You never know what the future will bring."

Dynamics team manager James Rodgers added: "Dan is and always will be part of the Dynamics family. We have tried very hard to keep Dan as part of the team for 2021, but it was not to be, and we have had to part ways."

Matt Neal said: "Dan is a fantastic guy and has been a great driver for us! We wish him all the very best for the future and will very much be keeping in touch."