Dynamics announced on Tuesday morning that it is parting ways with Cammish, who scored eight wins aboard a Dynamics-run Honda Civic Type R in his three BTCC seasons, and finished third in the 2019 and 2020 rankings.

The split comes one year into a two-season deal for Cammish with the team, amid speculation that it has lost its backing from Honda.

Sources also suggest that it is looking increasingly unlikely that Matt Neal, whose family founded Dynamics, will continue to race in the BTCC in 2021, and that 2019 Ciceley Mercedes driver Dan Rowbottom will fill one seat.

Shedden won all three of his BTCC titles aboard Dynamics-run Hondas before heading into the World Touring Car Cup with Audi in 2018.

The Scot was left high and dry when Audi pulled out of any official involvement with TCR racing at the end of 2019, but was slated to fill in for the injured Neal during early-season BTCC rounds in 2020 until they were postponed due to the coronavirus pandemic.

Neal would only say “no comment” when contacted by Autosport about Shedden, and a similar “no comment” about his own prospects of driving in 2021.

He also could not comment upon whether the team retains its Halfords backing – the Cammish announcement referred to the squad as ‘Team Dynamics’ rather than its recent entrant name of Halfords Yuasa Racing. 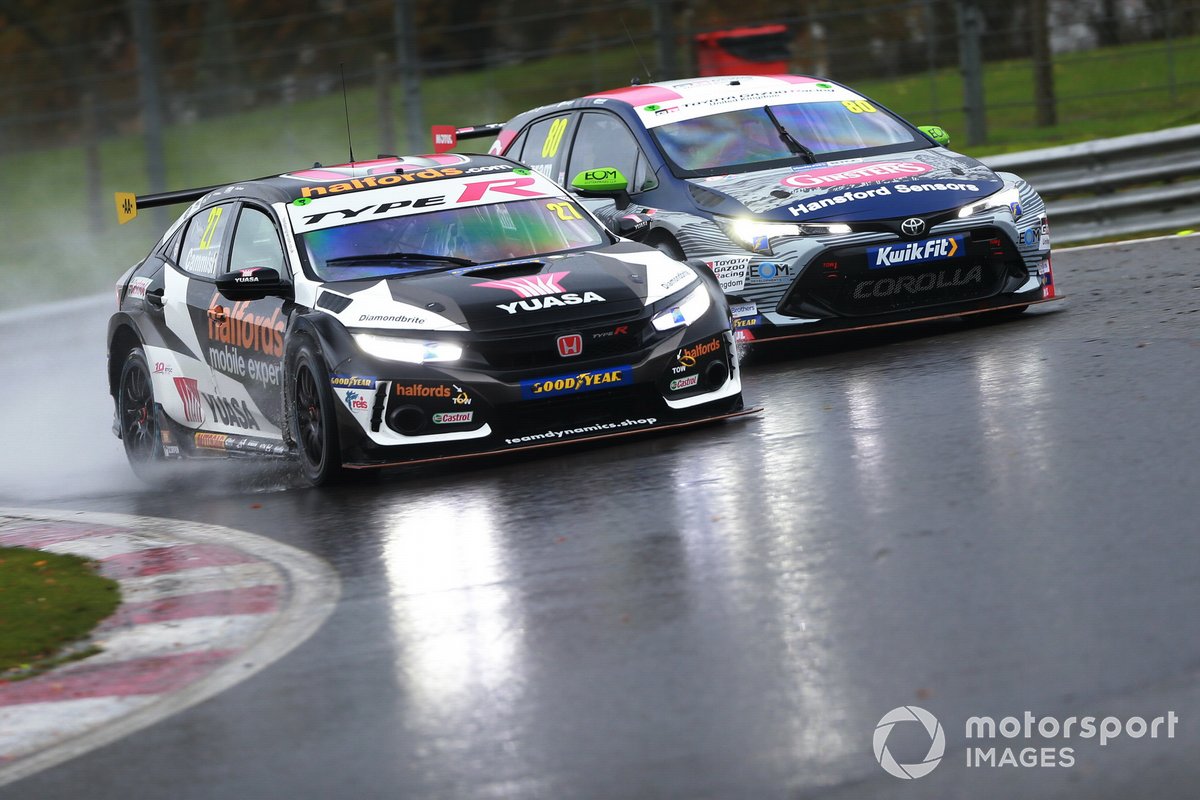 Sources say that Dynamics was trying to secure an additional TBL entrants’ licence to run a third car in 2021 – this, theoretically, could have meant a berth for Cammish as well as a return for a driver such as Shedden – but the required level of approval from rival teams was not forthcoming when it was put to a vote by series organiser TOCA.

Neal appeared to refer to this when he Tweeted on Tuesday morning: “We worked our socks off to make it happen but devastated we couldn’t keep him [Cammish] on the grid. Thanks to the few individuals who blocked our attempts but real thanks to those who welcomed the competition and supported our efforts.”

Cammish, who switched to the BTCC in 2018 after success in one-make Porsche racing, was informed last Friday that Dynamics could not provide him with a seat for 2021.

“I knew there was something going on for a little while – a lot has gone on to get to this point,” Cammish told Autosport.

“It’s disappointing but that’s motor racing, and I have to dust myself off and look at my options for the future.

“The BTCC and Dynamics gave me a platform to raise my profile, grow a fanbase and show how I can adapt from rear-wheel drive to front-wheel drive.”

Cammish described his chances of remaining in the BTCC in 2021 as “close to nil. By the time I got wind that something was changing, all the seats were taken, certainly the ones at teams who might be interested in me.

“I need to take stock of where I go from here, not just this year but where I want to be in the future as well.

“I need to work out what’s important and what I want to get out of motor racing – I have a big affinity with the Porsche brand, and that’s where my reputation is the highest.

“I was good at that style of racing, and that’s what I’ll try to head back towards, certainly in the short term.

“But I won’t rule anything out, and my phone is on if anyone needs me.”