British Touring Car Championship ace Rory Butcher says he is already confident to push at the front of the field with Speedworks Motorsport’s Toyota Corolla after his first day of testing.

The 34-year-old Scot’s nomadic but brief BTCC career peaked in 2020 when, for the first time, he entered the final round still in mathematical title contention with the Motorbase Performance Ford Focus team.

But with long-time Speedworks star Tom Ingram jumping ship to the Excelr8 Motorsport Hyundai squad, Butcher has been lined up as his replacement in the Toyota GB-backed operation.

Butcher and new team-mate Sam Smelt got their first taste of the Corolla at Donington Park on Tuesday, with Butcher’s car completing roughly 80 laps and Smelt’s approximately 40.

“It was good to be back out on track,” Butcher told Autosport, “and it was a really good first run with the car.

“It was effectively an extended shakedown. In the morning we ran through some small teething issues, which we resolved quickly, and then we had a more detailed run plan in the afternoon.

“We got to the point where at the end of the day we were just making fine adjustments to the set-up.

“The feeling of the car was as I had anticipated – it’s got different characteristics to, say, the Honda [Civic FK2 in which Butcher won races in 2019] and the Ford I’ve had success in before, and it was interesting to see where it’s different.

“But straight away one of the first bits of feedback I gave was that the car instils confidence in the driver, and quite quickly I was able to push for lap times. It was a very encouraging first run.” 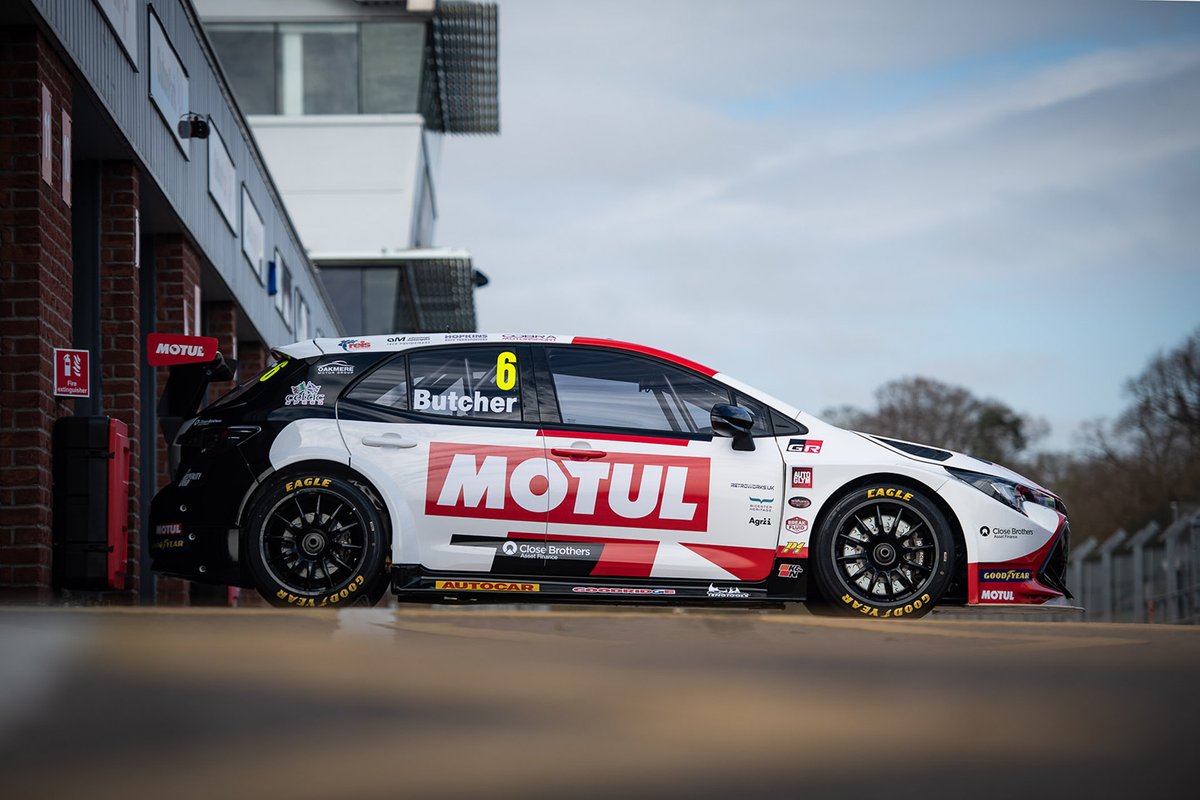 Butcher is working this season with veteran tin-top engineer Paul Ridgway, who ran Butcher’s brother-in-law Gordon Shedden in the BTCC in a SEAT Leon in 2009, and in his recent World Touring Car Cup exploits with an Audi RS3.

“I’m just getting to know the team, but we’ve all got the same focus and we want to go out and attack for the championship,” added Butcher.

“The guys have got the experience of running at the front, and so has Paul my engineer – we’ve got the same mentality.”

Speedworks boss Christian Dick was pleased with progress at Donington, as his team expands to two cars.

“It was really good, and Rory brings such a positive atmosphere to the garage and lifts the spirits of everybody,” said Dick.

“He has a really good work ethic and goes into every possible little detail he can.

“On track we weren’t throwing tyres at it, but his initial feel for the car and feedback were very good.”

Speedworks went from Donington to Snetterton for more testing, with Butcher and Smelt due to run at the Norfolk circuit on Thursday and Friday.