The British Touring Car Championship has extended its deal with ITV to provide live free-to-air coverage through to the end of the 2026 season.

The current period of BTCC organiser TOCA's deal with ITV expires at the end of the 2021 campaign, but a new five-year deal extends the series' relationship with the broadcaster to encompass 25 successive seasons.

The BTCC and its support package will therefore continue to get a minimum of seven hours of live coverage of Sundays on ITV4 and ITV4HD, along with highlights shows, while live streaming of Saturday qualifying will continue on ITV's dedicated BTCC website.

TOCA chief Alan Gow said: "I'm immensely proud of the great and close partnership that we have with ITV.

"Their commitment and enthusiasm to bring the BTCC to as wide an audience as possible is absolutely unrivalled.

"It was vital to me that the BTCC maintained its vast live free-to-air coverage.

"Simply, we want the maximum amount of people to be able to watch our great racing - it's the bedrock of our enormous popularity, so hiding our championship away behind a paywall would only have the exact opposite effect.

"With the new hybrid regulations and our fantastic broadcasting coverage now locked into place right through to the end of 2026, it provides the solid foundation on which all our teams and partners can base, and build, their involvement.

"I'm not sure how many major motorsport championships in the world have an unbroken, and in fact increasing, free-to-air broadcasting relationship spanning a quarter of a century with the same broadcaster, but by my reckoning it's probably only one..."

Austin in Vauxhall for Thruxton 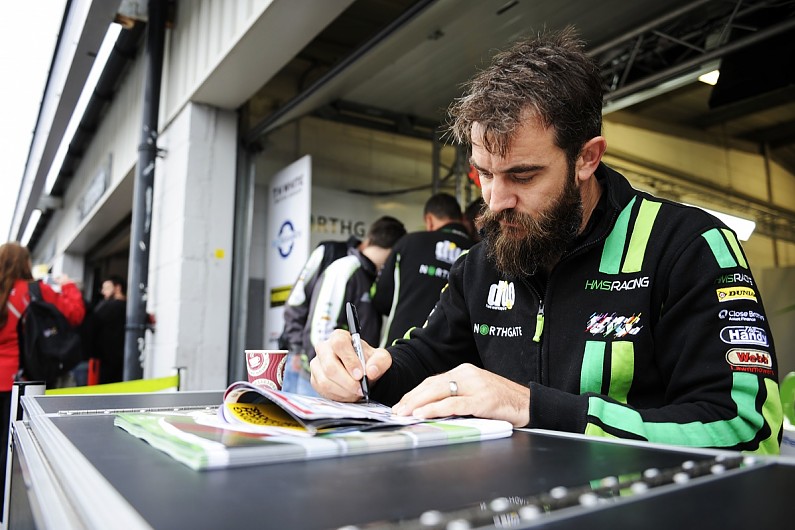 BTCC cult hero Rob Austin is to make a surprise return to the series for this weekend's Thruxton round.

Austin will take the wheel of the Power Maxed Racing Vauxhall because Mike Bushell has not been cleared by BTCC doctors to compete, following his heavy accident last time out at Knockhill.

Bushell sustained ligament damage to his wrist and a dislocated shoulder in the impact, but had hoped to be passed fit for the Thruxton event, which was scheduled to be his last in the Astra before Jade Edwards takes over for a one-off at Silverstone.

The 39-year-old Austin raced in the BTCC from 2011-18, taking three race wins, but dropped off the grid in 2019 when his Alfa Romeo Giulietta project was put on ice.

"When I got the call from Adam [Weaver, PMR team principal], I just couldn't say no!" said Austin.

"I've seen how good the car can be around Thruxton, and I love the circuit.

"There are some hurdles to overcome; there's the obvious new driver ballast [45kg] that I'll have to drag around with me, but I also haven't driven competitively for nearly two years now, so I don't know how rusty I will be.

"I will be doing everything in my power to overcome these as quickly as possible, and if I do a good job then there is every potential to show well come Sunday afternoon."

Weaver added: "When it became obvious that Mike would be unable to drive this weekend, I was straight on the phone to Rob.

"We've had a great relationship for a while, having known each other since school, and he's known for being a fearsome driver that takes no prisoners when he's on track."