British Touring Car champion Colin Turkington's cameo in the Chinese Touring Car Championship at Wuhan was ruined by a roll and a drivethrough penalty in the two races.

Turkington, who had travelled to the Far East with his regular WSR engineer John Waterman, had qualified his SAIC Volkswagen 333 Team Lamando machine fastest but pulled the reversed grid number of eight out of the hat.

That meant he started mid-pack in race one, and he was involved in a first-lap pile-up at a hairpin, which rolled his car onto its roof at slow speed.

The chaos also accounted for fellow visiting Briton Adam Morgan, whose BAIC Senova D50 as too badly damaged to continue.

The race was eventually won by Kia driver Alex Fontana.

"I was fine [physically], but I was a bit peeved," said Turkington. "I didn't much enjoy being upside down, but at least I was able to get out of the car OK." 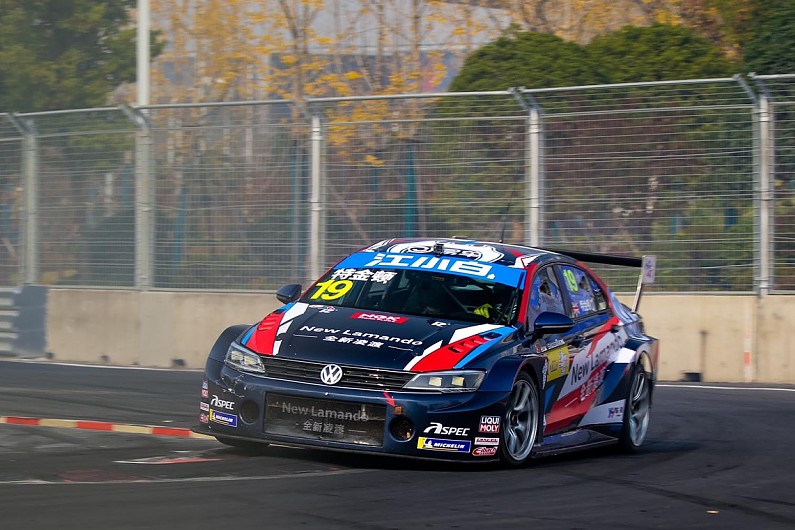 Morgan pulled off a succession of late-race passes to claim the third spot.

Turkington, who was on pole, was hit with a drivethrough penalty after he crept at the start of the second race.

Soon after the getaway, Turkington dropped back to allow his team-mate Avila ahead before he was forced to take his halt.

He rejoined in 13th and battled back to ninth spot at the flag.

"The car crept when I first loaded it up on the clutch, then I stopped," said Turkington. "I was still behind my line.

"I let Rudolfo through to give him the lead, then a few laps later, they gave me the drivethrough."

Turkington said he would use the knowledge gained in China for a headstart in 2020.

"That's it for the year for me now - and I am so ready for the break. It was another useful experience in China and I can store that up in my 2020 bank for the new BTCC season.

"The races just didn't go my way but we made the car one of the fastest out there and I am pleased that my team-mate was able to claim the championship.

"I look forward to racing in China again, should I get the chance."