Rory Butcher took his first British Touring Car Championship pole position at Knockhill after a sensational performance in qualifying left him a quarter of a second faster than his rivals.

Butcher set the benchmark time of 50.662s as the session was restarted following a red flag after 10 minutes when Mark Blundell spun his Trade Price Cars Racing Audi S3 into the gravel at Clarks.

Butcher had eclipsed WSR BMW 330i M Sport driver Andrew Jordan's early effort, but the Honda man then went and pushed the fastest time down to a 50.451s, well out of reach of the others.

After a last-gasp effort, Senna Proctor claimed fifth spot in his BMR Racing Subaru Levorg, while Colin Turkington will line up in sixth spot in the WSR BMW 330i M Sport despite carrying the full level of 54kg of success ballast.

Turkington's WSR team-mate Tom Oliphant and the Ciceley Motorsport Mercedes-Benz A-Class will share the fourth row, in front of the two Honda FK8s of Chris Smiley and Matt Neal. 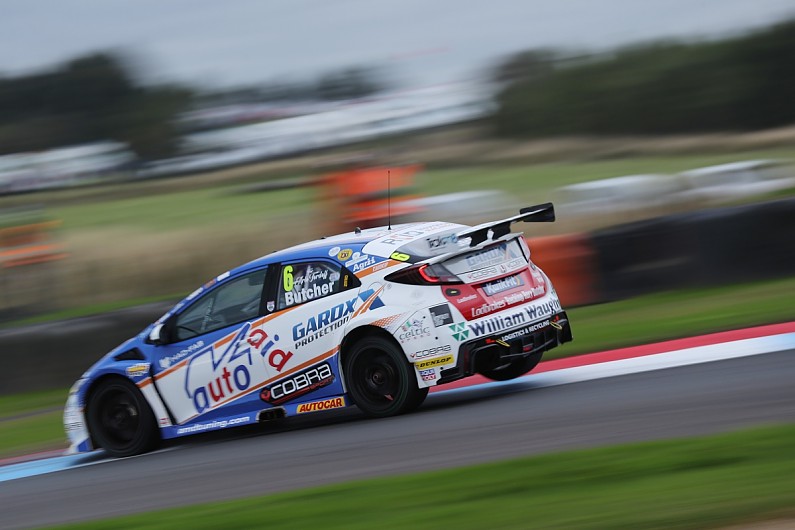 Butcher, who was carrying 30kg of success ballast as he is fifth in the standings, dedicated his pole position to regular team-mate Sam Tordoff, who is missing the meeting after the death of his infant son last week.

"This one is for Sam, we are all thinking about him and his wife," said the 32-year-old.

"It has been an amazing day for us. We have been top of all the timesheets from the start of free practice, but we have had to work hard at it.

"The team has worked really hard and we have chipped away at the set-up and been progressively fastest in every session we have had. We just need to try and go one better now and turn this into a win in race one tomorrow."

Mike Bushell, who is Butcher's regular engineer and is standing in for Tordoff at AmDTuning.com, lined up in 16th position despite having two lap times removed for a track limits infringement.

Bushell had to carry 45kg during qualifying and will be forced to take extra in race one as a substitute driver.

For Knockhill, the prime tyre is the softer of Dunlop's compounds, while the joker tyre will be the medium. The medium is usually used as the standard cover.