The all-new BMW 330i M Sport won nine of the first 15 rounds this season before all non-BMW engine cars received a turbo boost increase, while WSR had to raise the car's centre of gravity through a 6mm change in ride height.

Despite those performance losses, reigning champion Turkington still won the second race in the preceding round at Snetterton as Jordan finished third.

But at Thruxton, seventh place for Jordan and ninth for Turkington in race two marked their strongest results.#

WSR driver Jordan told Autosport: "In traffic we seem to struggle quite a bit. We lose the balance a lot.

"In traffic it is so much harder than being in clear air, as a result of being back in qualifying because of the weight.

"You can be quicker than people, you can feel like you've got the pace but through the high-speed stuff you get close to them and you lose the front end of the car.

"I think it's just turbulent air coming off."

Both Jordan and Turkington blamed the downturn in race form from a lack of qualifying pace - a legacy of the changes to performance - which left them fighting in the congested midfield. 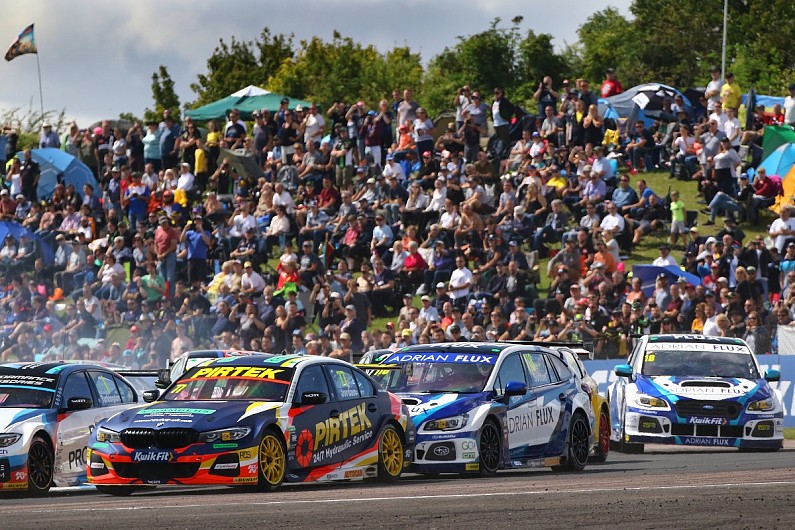 As the top two in the standings, it also meant Turkington was laden with the maximum 54kg of success ballast for qualifying, with Jordan one measure down on 48kg.

"You could put the car as it is out front and you'd win," Jordan added.

"But we're in the pack so we're having to tune to that. It's been hard."

Although the Thruxton layout lends itself to a high average speed, the lap is dominated by fast corners, which makes chassis balance more important to a quick time rather than engine performance.

"I feel like we're a bit weaker in a straight line. Some of that could be corner exit, because of the issue of being in the dirty air," added Jordan.

Turkington said: "We seemed to somehow scrape through Snetterton with not too much difficulty, but we've come to [Thruxton] with a few other factors against you and you really feel it.

"It's all little pieces of performance [losses] that add up to something significant."