The Team Toyota GB name will return to the British Touring Car Championship grid in 2019 as Speedworks Motorsport becomes a manufacturer-backed entry with a new Corolla for Tom Ingram.

The move marks a big step forward for the Speedworks Motorsport team, which has run a privately funded Avensis model in the championship since 2011 for two-time Independents Trophy winner Tom Ingram.

The new Corolla will be launched in the UK in 2019 and a version of the car is currently in build at Speedworks' workshops.

It is due to be ready to begin testing in early February and will run under the banner Team Toyota GB with Speedworks Motorsport.

Initially the operation will be a one-car team with plans to expand to two machines in 2020.

Ingram said: "To have this new challenge in front of us and a new car on the horizon is something special and the realisation of a dream.

"It was where Speedworks and I wanted to go.

"It is a huge responsibility for us because we are not just looking after our own brand now, we are looking after the Team Toyota GB name, which is iconic in motorsport."

It will be the first time the Cheshire-based Speedworks team, which was formed in 2005 by principals Christian and Amy Dick, has built its own race car. 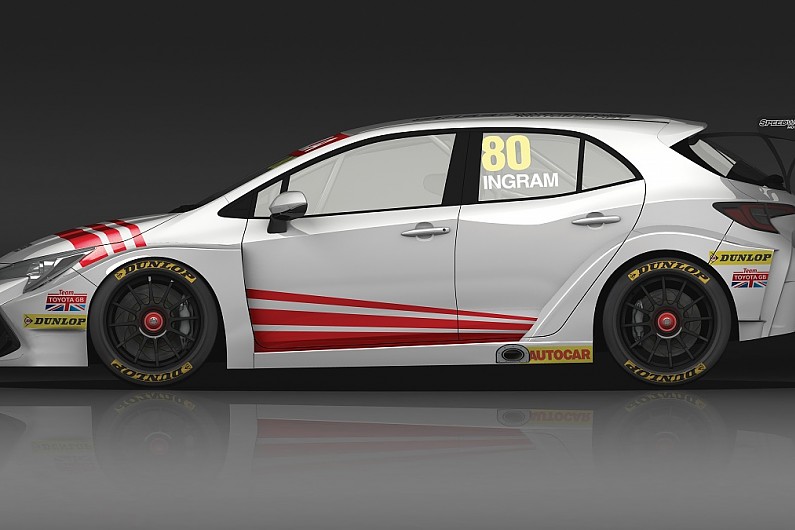 Christian Dick said: "It still hasn't really sunk in that we have got a manufacturer deal.

"Building a new car is a big step for a team, but the Avensis model we have run since we joined the BTCC has been through several evolutions and we have learned a lot of things along the way.

"The intention is to develop the new Corolla in 2019 before building up to a two-car assault in 2020.

"We feel we have proved what we are capable of on the Independent scene and we are well aware that the BTCC manufacturers' battle is another level higher again, but as a team, we are ready to pitch ourselves against the very best in Britain and - with Toyota GB's backing - we are confident of doing just that."

Toyota's most successful decade in the championship was in the 1980s.

Win Percy was the first to lift the crown for the Japanese firm when he triumphed in a Team Toyota GB-backed Corolla GT in 1982, Chris Hodgetts went on to take back-to-back titles in the Corolla in '86-87, also using the Team Toyota GB moniker.

Toyota was a mainstay of the category during the Super Touring years in the 1990s, running a factory-backed Carina from '91-95.