Mika Hakkinen celebrated the 20th anniversary of his first Formula 1 title with the third Gregor Grant Award of the 2018 Autosport Awards evening.

Named in honour of Autosport's founder, these Awards are given in tribute to lifetime contributions to motorsport.

By the time Hakkinen arrived in F1 with Lotus in 1991, he was already a champion in Formula Ford 1600, Formula Opel Lotus and British Formula 3, and had come across future F1 rival Michael Schumacher in an infamous and contentious Macau Grand Prix battle.

Two seasons at Lotus were full of underdog heroics for the fading team, before in 1993 Hakkinen grabbed a tantalising opportunity at McLaren - where Ayrton Senna was uncertain over whether to continue.

In the event Senna committed to the season and Hakkinen found himself on the sidelines as a test and reserve driver, before getting his racing opportunity with McLaren parted with Michael Andretti after a disappointing F1 adventure for the CART Indycar star. 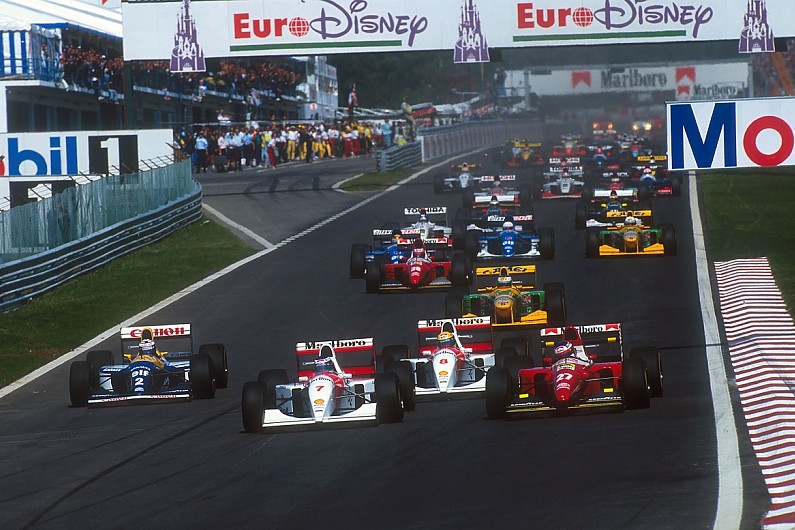 Hakkinen stunned Senna by outqualifying him in their first race as team-mates at Estoril, and then found himself leading McLaren when his three-time champion team-mate depending for his tragically shortlived Williams stint the following year.

At first Hakkinen had to bide his time as McLaren grappled with Peugeot engines and then tough initial seasons with Mercedes, but he finally became an F1 winner in the 1997 finale at Jerez.

When McLaren began 1998 with a crushingly dominant car, Hakkinen took control of the title race and fended off a subsequent surge from Schumacher and Ferrari to become McLaren's first champion since Senna and Finland's first since Keke Rosberg in 1982.

After his 1994 McLaren team-mate Martin Brundle presented the award to Hakkinen, the Finn said: "It's a long time ago [since the last title].

"If I go back 20 years it was an amazing time. I started with Team Lotus for a couple of years, up and downs, then joined McLaren - had some ups and downs too - and had an incredible time and great team-mates I learned a lot from." 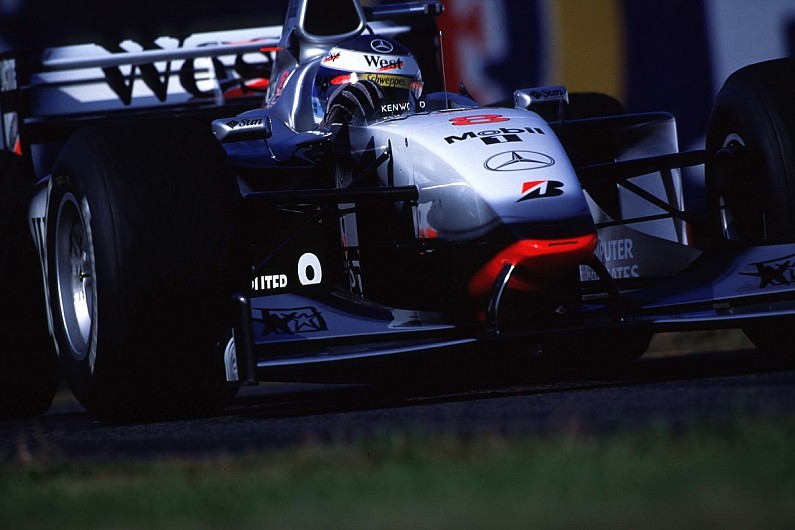 Asked about his rivalry with Schumacher, Hakkinen said: "The happy memories were seeing him in the mirrors!

"He was certainly a great racing driver. There are different personalities in racing, and the list is long, but certainly Michael was a driver who was focused on every detail, very hard, to improve not only the car but the team.

"I've met Michael's son [Mick] a few times and it is great to see his strength and I hope he gets the success like his dad."

Hakkinen became a back-to-back F1 champion in 1999, this time after a dramatic fight with a surprise Ferrari contender in Eddie Irvine following Schumacher's leg-breaking accident.

He was also voted International Racing Driver of the Year at the Autosport Awards in both his F1 title-winning seasons.

Schumacher and Ferrari halted Hakkinen and McLaren's championship run in another extremely close battle in 2000.

Though Hakkinen raced on into 2001, and continued winning, he admitted that he was drained from the intensity of three of F1's most spectacular title fights and departed at the end of the year for what was billed as a sabbatical.

Despite some flirtations with the idea of an F1 comeback, in the end it was in the DTM with Mercedes that Hakkinen reappeared for a three-year stint from 2005-07 in which he was again a race-winner. 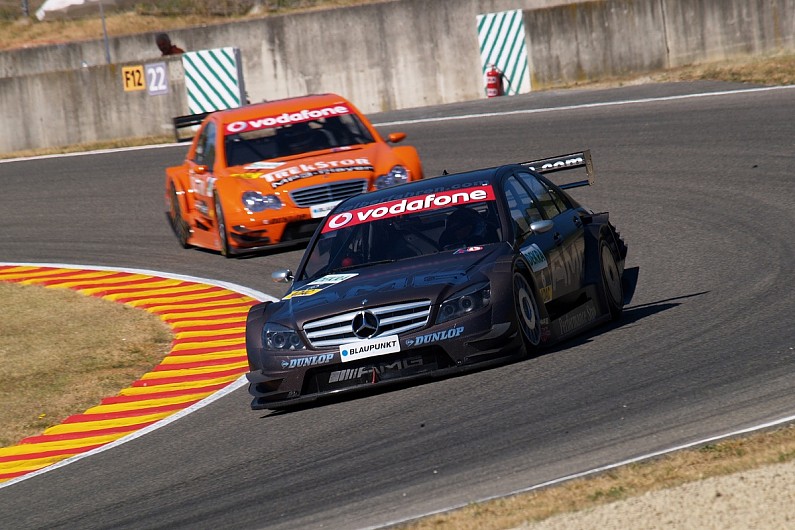