Lewis Hamilton has won the 2013 British Competition Driver of the Year Award at the 2013 AUTOSPORT Awards in London.

Hamilton switched from McLaren to Mercedes for his 2013 Formula 1 campaign, captured pole position for the third race in China and went on to take a streak of four further poles between the British and Belgian Grands Prix.

He also triumphed in Hungary and came home fourth in the world championship.

Hamilton, who previously won the award after his inaugural 2007 F1 campaign, was unable to collect his award in person but spoke of his gratitude to AUTOSPORT readers via a video message.

"I apologise I can't be there but I'm very proud and honoured to have been voted by the public," he said. "It's been a while and I'm very grateful to have another one, it's always a special award to have."

After six seasons with McLaren, Hamilton decided he needed a "fresh challenge" and signed a three-year deal to drive for Mercedes alongside Nico Rosberg.

He took a second-row start for his first race with the Silver Arrows team in Australia, and went on to finish fifth. 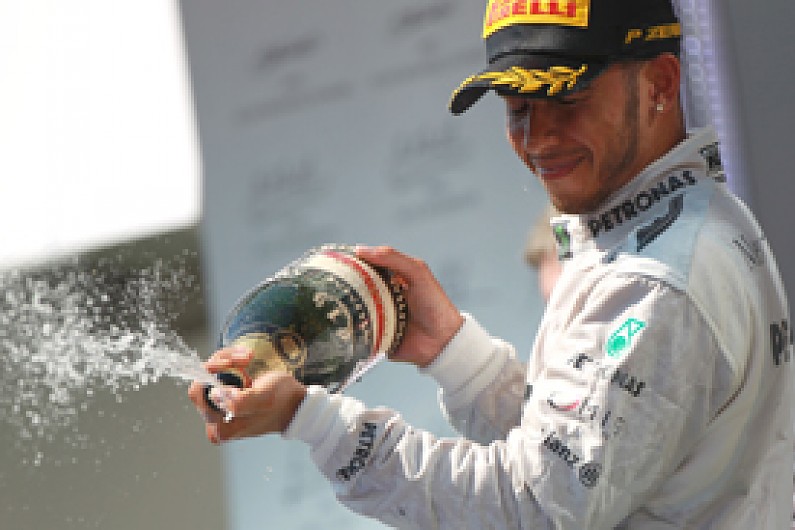 He claimed his first podium next time out in Malaysia, and repeated the feat by finishing third in China, where he also captured his first pole of 2013.

The 28-year-old then kicked off a run of seven consecutive front row starts - which included four straight poles - in the Spanish Grand Prix, taking podiums in Canada and Belgium and triumphing for the first time this year in Hungary after what he labelled a "miracle" race.

That run meant Hamilton went into the summer break arguably as F1's form man, third in the championship and within 58 points of Sebastian Vettel.

Red Bull was resurgent over the second half of the season however and while Hamilton would take a further front row start in Korea - only once did he start from outside the top five - a fourth in the US would be his best result over the run-in.

He ended the season with one victory, five poles and five podiums to his credit.