"Aston Martin was formed in racing - it's what it is.

"Lionel Martin racing up Aston Hill, endurance motorsport, Le Mans, Formula 1, DTM. We have been involved in almost every form of motorsport and that dictates the kind of cars we make and the technology that we use."

Aston Martin president and group CEO Andy Palmer is very clear about the importance of motorsport to the famous British marque, which helps to explain why it decided to get involved with the Aston Martin Autosport BRDC Young Driver of the Year Award.

On the face of it, Aston Martin wasn't the obvious candidate to get involved in the initiative to find Britain's next F1 star. Despite its relationship with Red Bull Racing, it's more famous for its exotic road cars and success in endurance racing. But the Award, which began in 1989 when David Coulthard was the inaugural winner, ticks two key boxes when it comes to Aston Martin's approach in the 21st century.

The first is the direct link between the Gaydon-based firm and the motorsport competition mentioned above.

"The Vantage GTE racer starts life as a tub manufactured in the road car factory," adds Palmer. "Lots of manufacturers talk about being inspired by racing and crossover from racing, but normally the racing division has nothing to do with the car division. That's not true with Aston Martin.

"We've seen a huge revival in the development of our GT3 and GT4 cars and their sales. We've gone from basically not having sold any cars in 2018 to selling 65 cars this year. They're seen as really competitive cars. If I had to keep just one of the motorsport programmes it would be GT4, because it's closest to the road car." 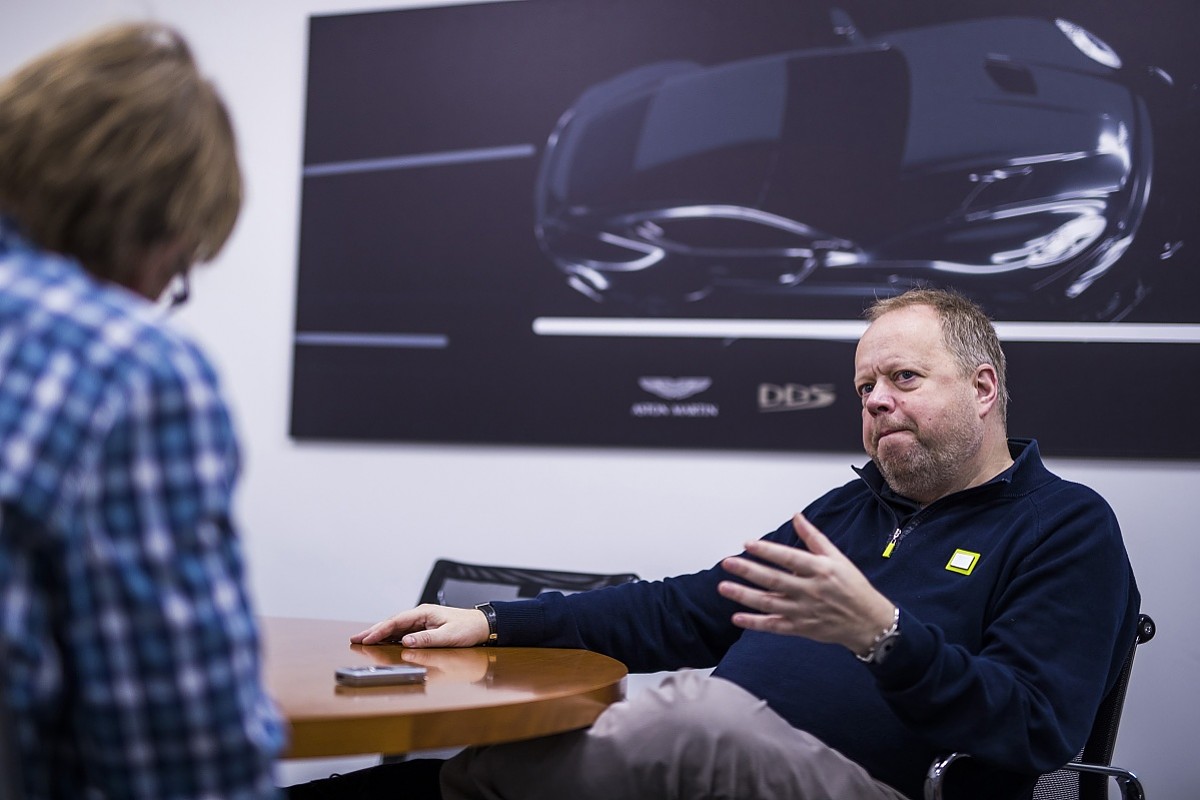 The second box is that the Award is all about finding and supporting young British talent, something Palmer believes is crucial for the future of the UK motor industry.

"The company has made a commitment to recruiting significant numbers of apprentices every year, and I have a great belief that if we are to preserve skills in the United Kingdom we need to invest in them," he says. "The only way you can guarantee to preserve those skills is to develop them here and that spills over into motorsport. It helps fly the flag of British technology.

"If you look to other areas of the automotive/automobile industry in which we as a country excel, you find yourself in Formula 1. We're really good at race car technology and F1 is the showcase for that. It's a Super Bowl every two weeks. It's easy for the public to forget that a Mercedes is developed in Brackley or a Red Bull is developed in Milton Keynes, but the fact that Lewis Hamilton, a great British talent, is driving brings that back. It's all about resonance.

"What's the all-important part of racing? The hero is the driver, so we have a responsibility in developing our own drivers. I would like to claim that we found [W Series champion and 2019 Award finalist] Jamie Chadwick quite early [she won British GT4 with Aston Martin in 2015]. The Award is a more formal and structured way of finding that talent."

Chairman of the judges Derek Warwick believes Aston Martin's arrival added to the strengths of the Award. 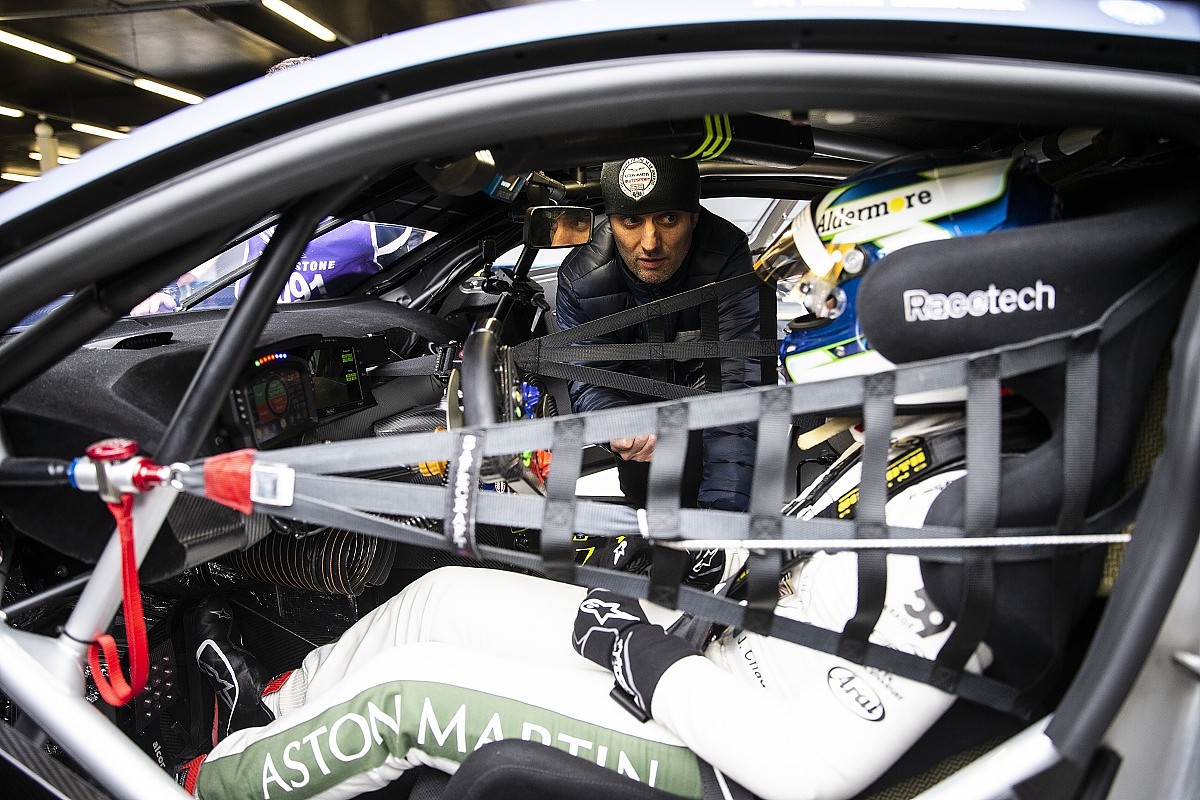 "When we signed with them we realised it would raise the profile of the Award," says the ex-F1 racer. "And that's exactly what it did, with the new livery on the F2 cars and the £200,000 prize, it was what the Award needed. It raised the feeling with the judges, the drivers, everyone involved - it was a massive injection. It was a massive shot in the arm for me. It felt different and allowed us to keep pace with the times."

For Turner, who was also a judge in 2008 and performed benchmark driving duties in the Vantage this year, the Award has developed vastly over the past 23 years. One of the key changes has been that each finalist gets their own MotorSport Vision Formula 2 machinery for the two-day Silverstone test.

"When I did it we had a Formula 3 car, Silverstone school cars and a saloon," says Turner.

"At the time the F3 car was a great car to have some laps in. There were six of us and it was a busy two days, but it was more relaxed than now - we didn't have so much time on track because we had to share the same equipment. It was done at a high level, but nowhere near where it is now.

"Having judged it 11 years ago and then seeing the level that it's at now, it's moved on significantly. Every driver is analysed to the nth degree, from their fitness level to how they operate on the sim, which is a critical part of being a successful driver."

Turner also believes the presence of the turbocharged four-litre, front-engined GT3 Aston Martin, a very different beast to the single-seaters finalists are normally used to, provides important extra information for the judges. 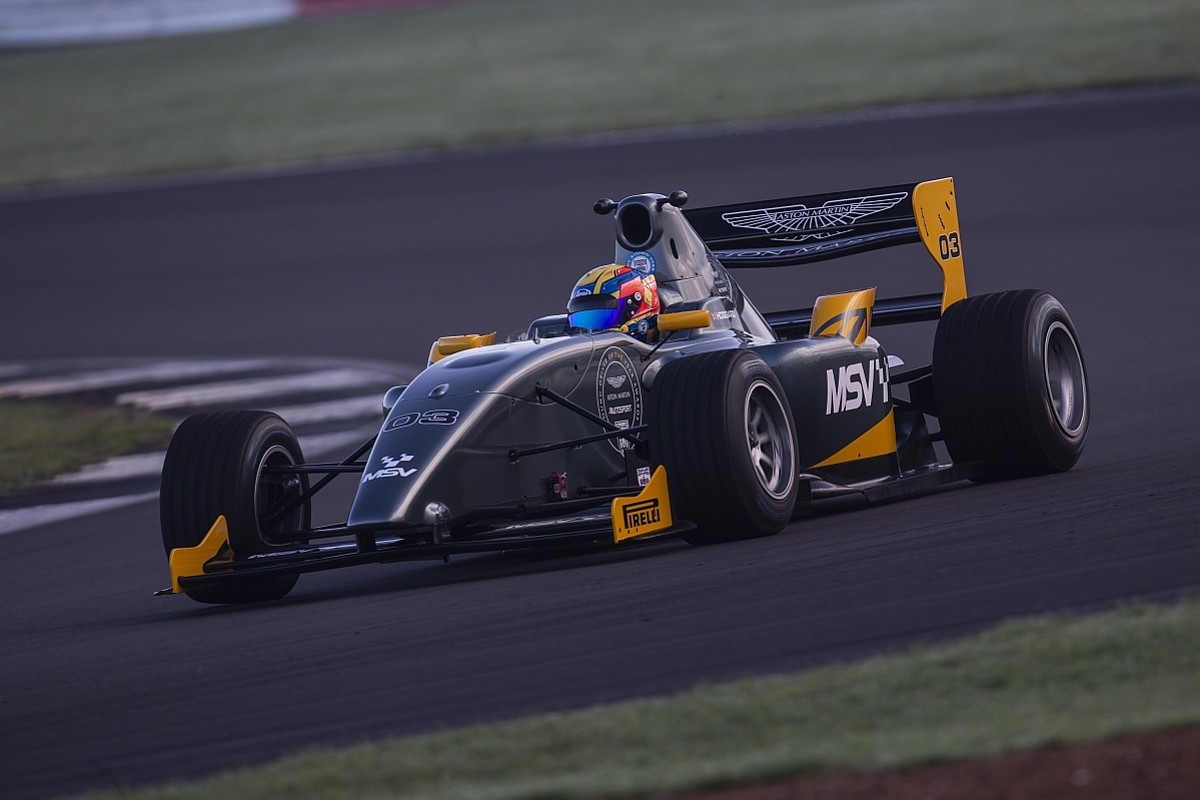 "The F2 is an extremely difficult single-seater to drive, then finalists jump into the LMP3 Ligier and the GT3 - they've got to adapt quickly," he adds. "They're tested in all sorts of ways and that really helps in choosing the best driver.

"The Award is about drivers who are aiming for Formula 1 - the selection process is from single-seater categories - but you've got to have some other matrix to look at how drivers are in other scenarios. For a lot of the drivers, the GT3 car is completely different and takes them out of their comfort zone.

"To get into a car that is bigger, heavier, that requires a different driving style - with ABS, traction control, a powerful engine - is a good thing. It's really interesting to see how the drivers are able to adapt. The driver with the most ability tends to be the one that nails all three cars."

Palmer hasn't ruled out having more of a relationship with Award finalists and winners in the future. Aston Martin already has its successful Driver Academy and has helped drivers such as Ross Gunn and Charlie Eastwood.

"If Formula 1 is the number one - your sprinting talent - then perhaps the top level of the World Endurance Championship is something like the marathon. We can build ladders up to the pinnacle of both types of motorsport."

This weekend at the Autosport Awards, we'll find out which of the 2019 finalists - Enaam Ahmed, Chadwick, Johnathan Hoggard and Ayrton Simmons - will be ready to take the next step on one of those ladders as the winner of the Aston Martin Autosport BRDC Young Driver of the Year Award. 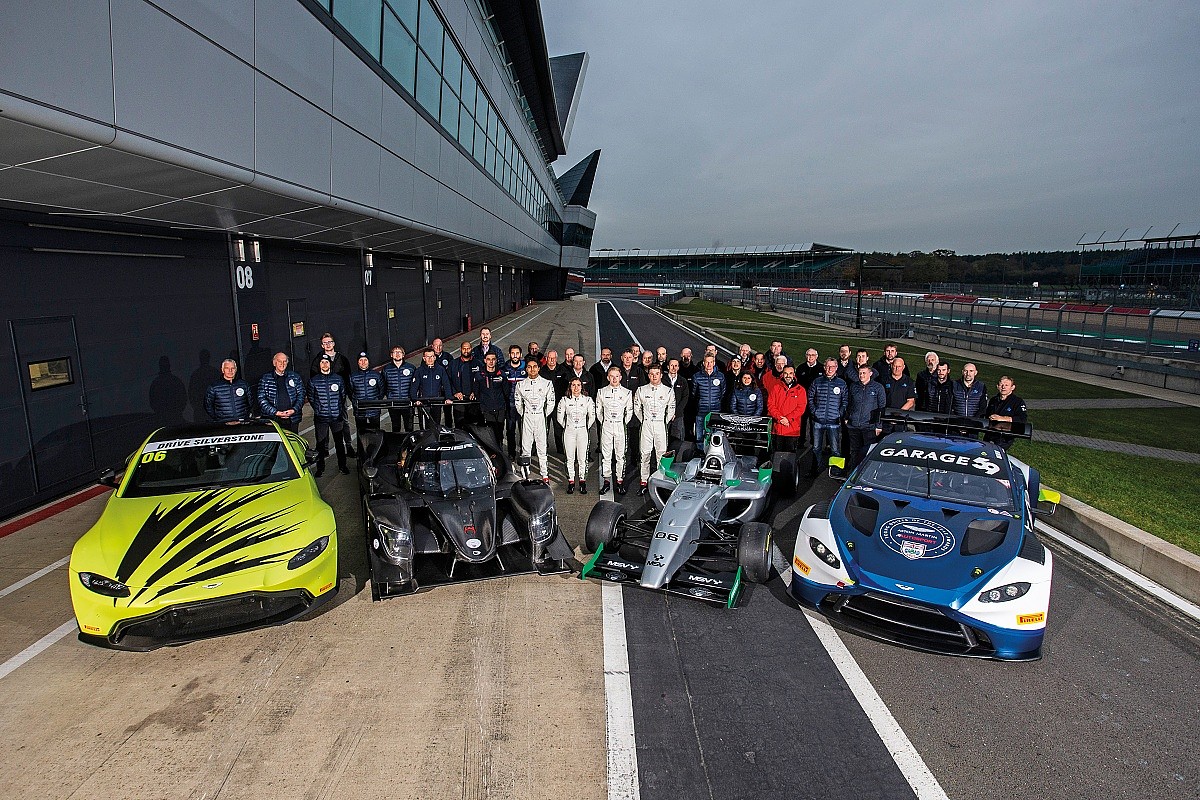