Former IndyCar rising star Robert Wickens insists he’s “not just ticking a box" with a racing comeback that begins on Friday more than three years after he suffered life-changing injuries.

The Canadian said that he wants to “race at the highest level possible” in the future as he resumes his career in the TCR class of the Michelin Pilot Challenge with Bryan Herta Autosport's factory Hyundai team on the undercard of the 24 Hours at Daytona, IMSA SportsCar Championship's season-opener.

Wickens qualified seventh in class for Friday’s race at Daytona. The Hyundai Elantra N TCR he is sharing with former series champion Mark Wilkins in the full season is fitted with a system of hand controls to allow Wickens to drive the car after he sustained spinal injuries at the Pocono IndyCar event in August 2018.

“I'm not just here for a media tour, to tick a box and then move on with my life,” said Wickens, who was the Marussia Formula 1 team's test and reserve driver in 2011.

“I think I couldn't be in a better position with a teammate who has already won the championship and a team that has won three in a row.

“This is a great championship and a great opportunity for me to see what is possible: if we can compete and win championships, then I think anything is possible.”

Wickens, 32, explained that he already feels at home in the front-wheel-drive Elantra, despite having minimal testing in the run-up to his first race in two and a half years. 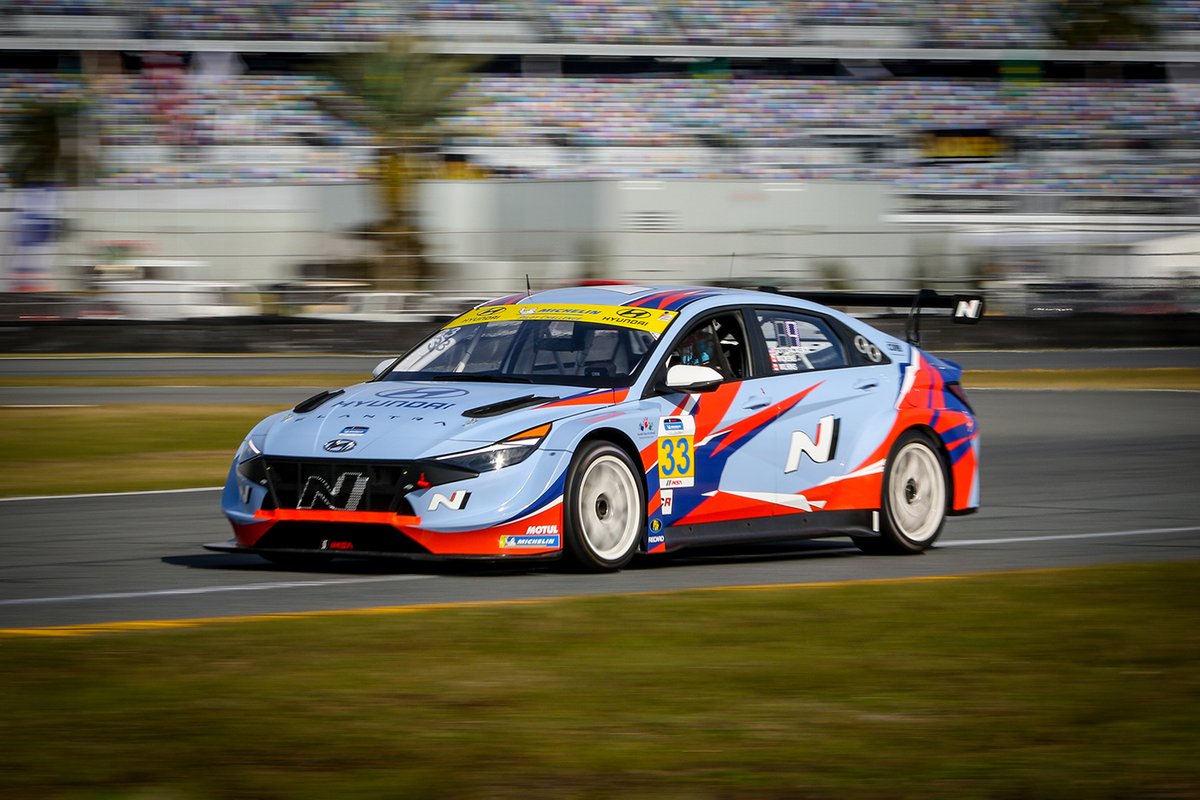 “Once I got comfortable with the hand controls, it was all second nature and it all came back,” he said of practice so far.

“In terms of feeling and sitting in the car again, feeling the balance and pushing it to the limit, it was kind of like riding a bike in a way.”

Wickens insisted that he wasn't emotional about racing again, only frustrated that he qualified down in seventh for Friday afternoon's four-hour race.

“I'm not going to lie: I was hoping for a lot more from that qualifying session, but there's still a lot to play for tomorrow,” he said.

He explained that he realised the choice of wet-weather tires was the wrong call for a qualifying session held in mixed conditions as soon as he left the pits.

Wickens added that he has been “humbled” by the opportunity for him to drive again provided by former IndyCar race winner Herta.

“There were many people in my life who were closer to me than Bryan was at the time who could have offered me the chance to get behind the wheel of a race car, but for one reason or another it never came to fruition,” he added.

“It goes to show the kind of person Bryan Herta is.”