Fresh from his first win of the season at last weekend's Nurburgring Nordschleife round, Guerrieri set the fastest time of either of the sessions - which represent Saturday's only WTCR activity at Zandvoort - with a 1m44.300s lap in FP2.

Ehrlacher jumped up to second late on in the session in his similar Honda Civic, lapping just over a tenth of a second slower than his team-mate.

That result marked a reversal of the pair's FP1 result - with Ehrlacher, the nephew of four-time World Touring Car champion Yvan Muller, pipping Guerrieri by 0.032 seconds on that occasion.

The Frenchman was beaten to the third fastest time in FP1 by three-time British Touring Car champion Gordon Shedden, who only completed six laps but ended up 0.119s away from Ehrlacher's pace-setting time. 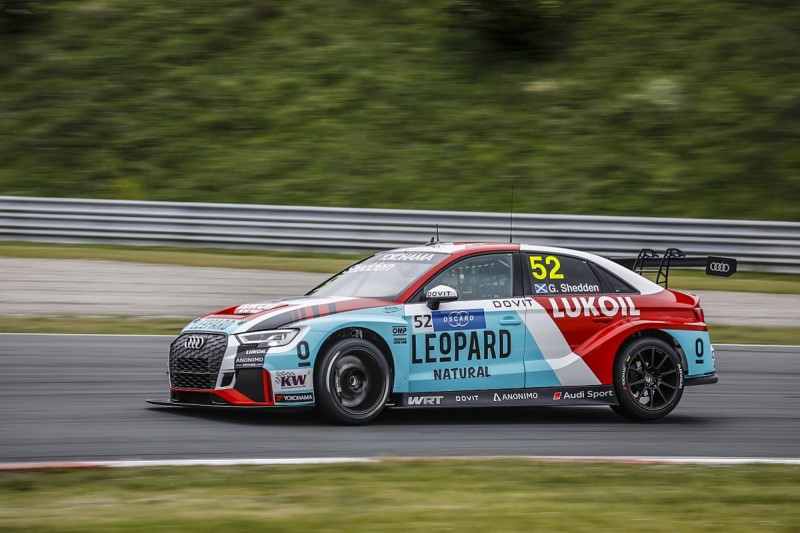 Shedden was 10th in the second session, with his WRT team-mate Jean-Karl Vernay fourth - heading an Audi RS3 LMS 4-5-6 in the FP2 order from Nordschleife podium finisher Frederic Vervisch and his Comtoyou team-mate Nathanael Berthon.

Rob Huff was seventh in the second session, having finished FP1 fifth in his Sebastien Loeb Racing Volkswagen Golf GTi.

The i30 N took a significant hit in the latest round of Balance of Performance changes released on Thursday by TCR's technical department, and Bjork's 11th place in FP1 was the only instance where a Hyundai got within a second of the pace in either session.

Wilcard entrant Prince Bernhard van Oranje-Nassau - co-owner of the Zandvoort circuit - was 23rd in FP1 in his Audi RS3 LMS run by Bas Koeten Racing, 1.794s off the pace.

He was 26th in FP2, one place ahead of WTCR regular Tom Coronel in his Boutsen Ginion Honda Civic.