The Hyundai i30 N was formally introduced for TCR competition - including the new WTCR category - for 2018 and has been the car of choice in the world cup.

Dusan Borkovic also won both races at the opening round of the TCR Europe series at Paul Ricard earlier this month in a Target Competition-run i30 N.

The i30 Ns were initially kept at an 80mm ride height, alongside the Honda Civics, in the first round of TCR BoP changes announced earlier this month.

The Hyundai was also the only model required to run with 60kg of WTCR compensation weight on the Nordschleife following a review after the opening two rounds of the season. 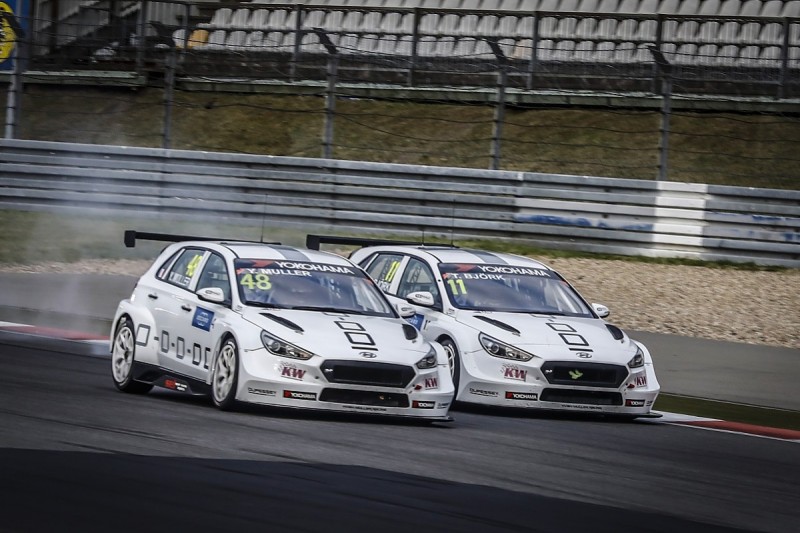 In the latest set of TCR adjustments, which will be in place for this weekend's TCR events including the Zandvoort world cup round, the Hyundai has had its ride height increased to 100mm - meaning the cars will run 30mm higher than the majority of other models.

The i30 N's two-litre turbocharged engine has also had its max power level reduced to 97.5%.

Three cars - the Audi RS3 LMS, Alfa Romeo Giulietta and Peugeot 308TCR - have been given a TCR weight break of 20kg, while the Cupra and Volkswagen Golf GTis will have 10kg removed.

WTCR compensation weight changes for the Zandvoort round have not yet been announced.