Huff had been quickest after the first two red flags with a best time of 2m01s in his SLR Volkswagen Golf GTi, but was able to shave a further seven hundredths off his time with a fastest second sector of all.

The Briton then went quicker still at the start of his first flying lap after a third red flag period had ended with the fastest time of all in the first sector, but was prevented an opportunity to improve when Jean-Karl Vernay put his WRT Audi RS3 LMS in the wall.

Officials finally declared the session would not restart after that incident, with two minutes left on the clock. 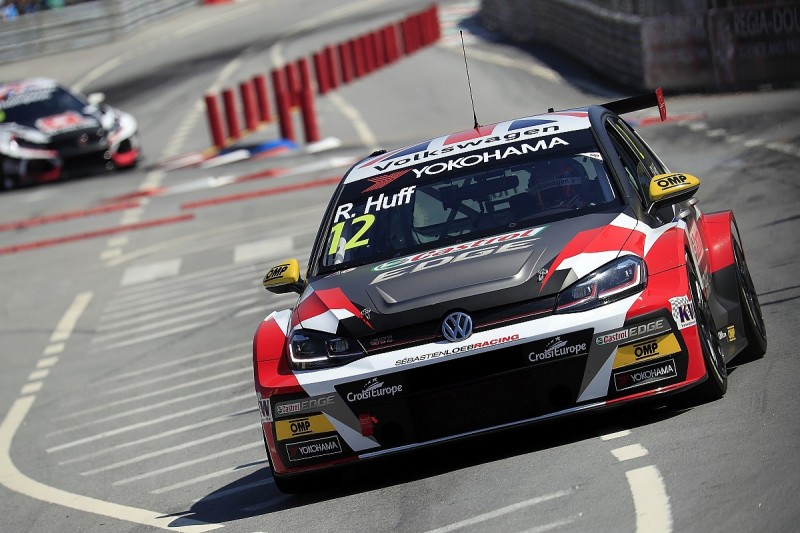 Norbert Michelisz was the fastest Hyundai driver and will start Saturday's first race from third in his BRC i30 N, ahead of championship leader Yann Ehrlacher (Munnich Motorsport Honda Civic).

Ehrlacher had one of his earlier efforts removed for improving fractionally after the second red flag had been shown, but improved later on to dislodge practice pacesetter Thed Bjork from fourth.

Bjork was the first driver to set a representative time in the session, but ended up qualifying more than half a second slower than he had gone in practice in his YMR Hyundai.

The 2017 World Touring Car champion will share the third row with team-mate Yvan Muller, who hit the barrier exiting the second chicane just before the session's first red flag.

Gianni Morbidelli caused the second red flag when he hit the barrier exiting the second chicane in his Alfa Romeo Giulietta and will start 24th.

Wildcard entrants Edgar Florindo and Jose Rodrigues will start from 26th and 27th respectively, the latter failing to set a time in his older-generation Honda Civic.