The two will drive i30 N TCRs for the BRC Racing outfit that worked closely with Hyundai during the development of its TCR challenger.

Hyundai's first purpose-built car for circuit racing was developed with the 2018 season in mind but appeared in two TCR International Series rounds at the end of the '17 under a temporary homologation.

Tarquini and Alain Menu contested two rounds in a pair of cars run by BRC Racing, and Tarquini gave the i30 victory on its debut at Zhejiang.

Michelisz will now form part of a Hyundai attack on the new WTCR world cup after ending a five-year association with Honda.

He earned factory driver status for the Japanese brand in 2016 and drove Honda machinery in the WTCC for three seasons previous to that spell.

He ended up leading Honda's title hopes in the drivers' standings in 2017 after factory team-mate Tiago Monteiro was injured in a testing crash, but lost out to Volvo's Thed Bjork short after a master cylinder failure in qualifying affected his showing at the Qatar season finale.

"I have the same feeling as I did at the start of my career," said Michelisz.

"I'm working with a new team, a new car and in a new championship. It's a new challenge, which is great motivation for me.

"I'm looking forward to working with Gabriele again, and learning from his experience testing before the first races.

"Last year it was clear the i30 N TCR and BRC Racing Team were the package to beat, so I'm certain we can challenge for wins and the title this season."

Michelisz owns the M1RA outfit that competed in the TCR International Series with Honda Civics. It has yet to announce a programme for 2018. 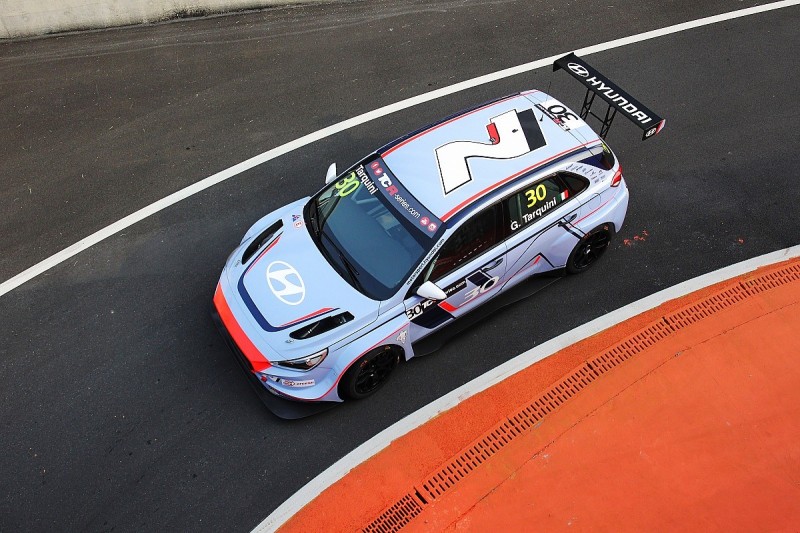 Tarquini was signed as development driver of the new Hyundai early last year, but was left without a full-time drive in the WTCC last season for the first time since 2002.

"After leading the testing for the i30 N TCR last year I know the car very well," said the 55-year-old.

"This season will be a fantastic opportunity to put the experience both I, and the team, have to compete at the very front of the new championship.

"I'm looking to a full season of racing once again, competing in what I am sure will be a very tough and competitive championship."

The Belgian outfit Boutsen Ginion Racing has announced it will enter two Honda Civics in the WTCR, with its drivers to be confirmed in the coming weeks.

Honda would have quit WTCC without rules switch for 2018