WTCR Most: Azcona beats Michelisz to top qualifying for first pole of 2021

Spaniard Mikel Azcona will start race two from pole position after heading qualifying on the World Touring Car Cup’s first visit to the Most circuit in the Czech Republic.

The Zengo Motorsport Cupra Leon driver was the second to run in the top-five Q3 shootout and set a time of 1m38.757s. That ended up just 0.091s faster than the effort from Norbert Michelisz, who was the last to go in his BRC Hyundai Elantra.

“With 20kg more weight from the last race, to get pole position I’m really happy,” said Azcona. “It was the perfect lap, I have to say. The car felt really good, even with the extra 20kg, and I felt super-good – even better than at the last race weekend. We’ll see on Sunday but at the moment I feel really good.”

“After going fastest in free practice two we expected to be in the top five,” said former champion Michelisz. “The laps were really good and we found a good balance. I’m happy with P2 – it’s so tight.”

WTCR points leader and reigning champion Yann Ehrlacher was third fastest in his Cyan Racing Lynk & Co in a session that ran late into the afternoon, with the two races taking place on Sunday. “The conditions were difficult with the sun,” said the Frenchman. ”It was a reasonable lap. Now I’ll focus on the races. We have a whole day to prepare.” 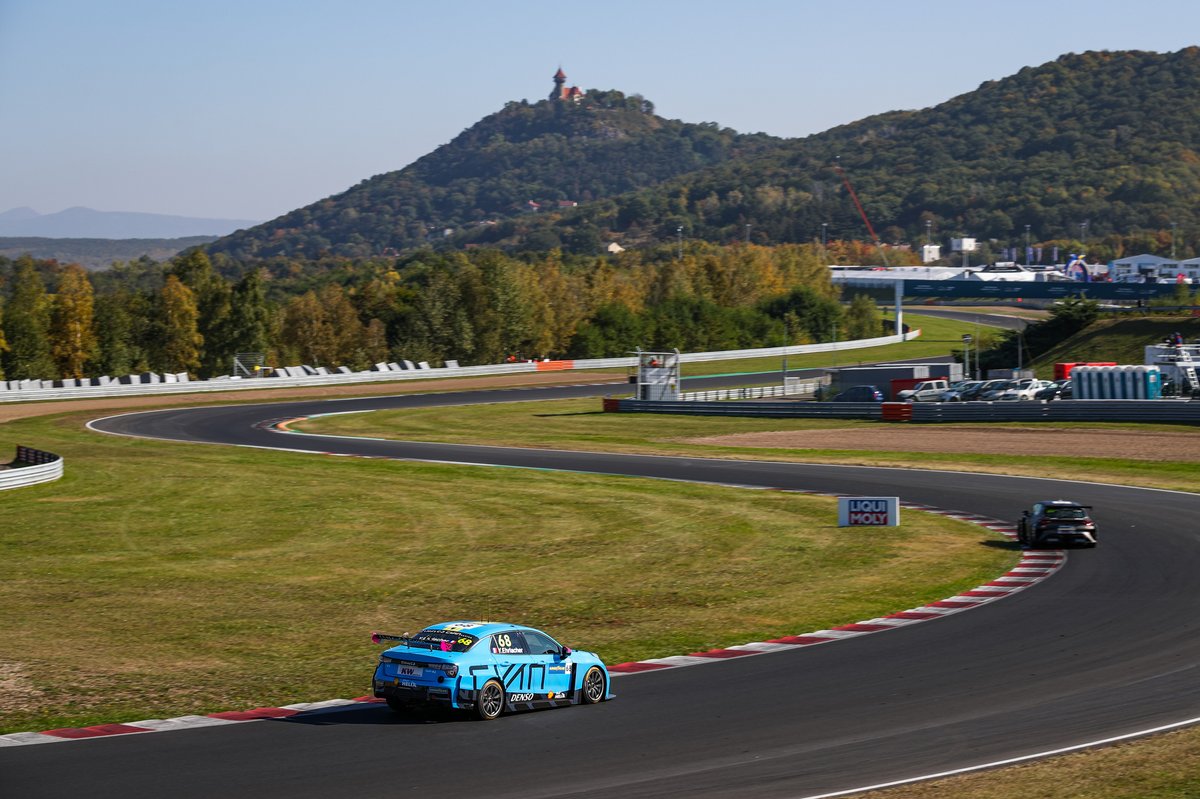 Santiago Urrutia, who started the weekend just two points behind his fellow Lynk & Co driver Ehrlacher, endured a difficult qualifying and failed to progress beyond Q1. “I was fast in free practice and I’m usually quick in qualifying,” he said. “It is what it is. I don’t know why, it feels strange.” Urrutia ended up 15th out of the 20 runners.

Local racer Petr Fulin, a wildcard entry for this weekend, will start the partially reversed-grid race one from pole position after setting the 10th fastest time in the Q2 session.