Norbert Michelisz and Nestor Girolami made it ten different winners from ten rounds as the World Touring Car Cup paid its first visit to Most in the Czech Republic.

BRC Hyundai ace and 2019 WTCR champion Michelisz took the lead in the second race after fastest qualifier Mikel Azcona was forced to control a big slide on cold rear Goodyears out of Turn 1 in his Zengo Motorsport Cupra Leon.

Behind them the tight first corner was the scene of chaos, just as it had been in race one, as cars concertinaed under heavy braking.

The race was stopped following multiple collisions, to recover the cars of Gabriele Tarquini, Rob Huff and Santiago Urrutia, who endured a miserable weekend in Most.

The Hungaroring race winner arrived just two points behind fellow Cyan Lynk & Co driver Yann Ehrlacher at the top of the table. But a non-score in race two coupled with a 12th in race one seriously dented his title hopes.

At the safety car restart, Michelisz continued to lead as Azcona exerted pressure. The Spaniard was on a high after securing pole position on Friday, then flew to Barcelona on Saturday to win his second TCR Europe title – but was out of luck when he returned to Most, and had to settle for the runner-up spot.

“Congrats to Mikel because he didn’t make my life easy,” said Michelisz. “After the start I knew I had to go for it and I put in 15 qualifying laps which at this circuit is not easy. Thank you to the team because the car was working great. It is fantastic to win.”

Esteban Guerrieri claimed his second podium finish of the day by holding off Ehrlacher for third place. But fourth place for Frenchman Ehrlacher, following his third position in race one, consolidated his position at the top of the WTCR standings. He now leads Guerrieri by 20 points with three meetings and six races to run.

Girolami failed to score in race two after picking up a puncture. But early on he’d won for the first time in 2021 in the partially reversed-grid race.

Starting second, the Munnich Motorsport Honda got the drop on pole position starter Petr Fulin, the wildcard entry having reported clutch problems at the start. Girolami then survived a tap at Turn 1 as Michelisz ran into the back of Yvan Muller, who tapped Nathanael Berthon into a spin. The Audi and Fulin’s Cupra were beached in the gravel trap, triggering a safety car intervention. 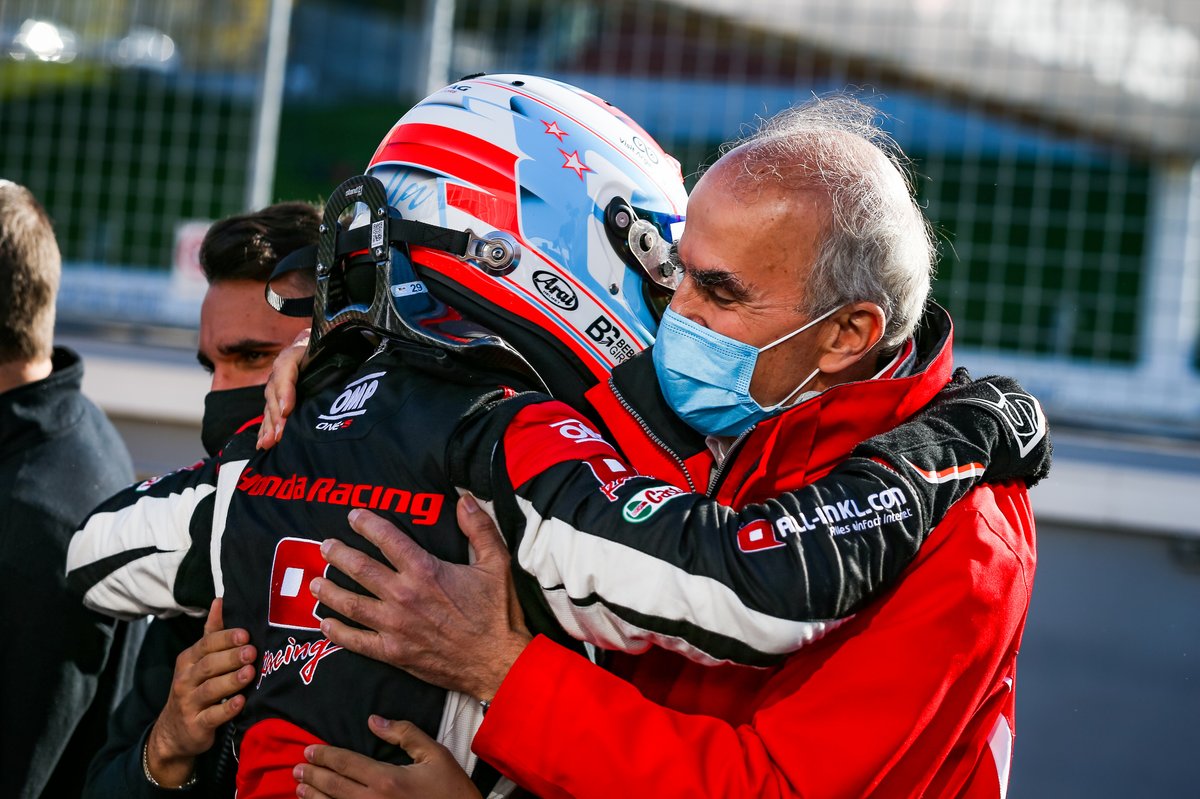 Racing resumed on lap four, Girolami making a decent getaway to lead team-mate Guerrieri, who had risen from ninth on the grid to second by taking an inside line and avoiding the trouble at Turn 1. Guerrieri held off Ehrlacher throughout the race to deliver Munnich Motorsport and Honda a team 1-2.

“I was really worried before the start because Turn 1 is really tight and I knew that somebody can overshoot easily from the inside line because it’s very dirty,” said Girolami. “So I was already downshifting to first gear and that was the secret to try to come back from that hit, and I went flat out to try to recover and make it to T2 – and it worked.”

Muller recovered from the Turn 1 contact by using the escape road and finished fourth after fellow Cyan Lynk & Co driver Thed Björk allowed him through.

Jean-Karl Vernay’s Hyundai completed the top six. The Frenchman, who led the points standings before the Hungaroring meeting, then picked up a drive-through penalty in race two for his team not releasing the car from its jacks in time on the grid before the restart. He was classified 14th.

The WTCR heads to Pau-Arnos next weekend for rounds 11 and 12, with two more meetings scheduled to run at Adria Italy and Sochi in Russia to complete the 2021 season.

WTCR Most: Azcona beats Michelisz to top qualifying for first pole of 2021